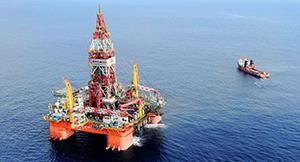 The agency raised its 2017 demand growth forecast to 1.5 million barrels per day (bpd) from 1.4 million bpd in its previous monthly report and said it expected demand to expand by a further 1.4 million bpd next year.

“Producers should find encouragement from demand, which is growing year-on-year more strongly than first thought,” said the Paris-based IEA, which advises industrialized nations on energy policy.

“There would be more confidence that rebalancing is here to stay if some producers party to the output agreements were not, just as they are gaining the upper hand, showing signs of weakening their resolve,” the IEA said.

The Organization of the Petroleum Exporting Countries is curbing output by about 1.2 million bpd, while Russia and other non-OPEC producers are cutting a further 600,000 bpd until March 2018 to help support oil prices.

The IEA said OPEC’s compliance with the cuts in July had fallen to 75 percent, the lowest since the cuts began in January.

It cited weak compliance by Algeria, Iraq and the United Arab Emirates.

In addition, OPEC member Libya, which is currently exempt from the output cuts, steeply increased output.

Adding to the challenges of oil producers to support oil prices is rising non-OPEC output, which is expected to expand by 0.7 million bpd in 2017 and by 1.4 million bpd in 2018 on strong gains in the United States, which is not participating in the output caps.

Still, strong global demand growth is helping to clear excess barrels with the IEA registering a decline in stocks in industrialized nations in both June and July.

Stocks remain 219 million barrels above a 5-year average – a level that OPEC is targeting with its output cuts.

As a result of those historic revisions, the IEA cut baseline demand figures for 2017-2018 by around 0.3-0.4 million bpd and hence lowered demand for OPEC crude by the same amount.

“The impact of carrying this lower demand base into 2017 against unchanged supply numbers is that stock draws later in the year are likely to be lower than first thought,” the IEA said.

Changes mainly happened as the IEA revised down historic demand data for Indonesia, Malaysia and Iran while revising up India and keeping China largely unchanged.