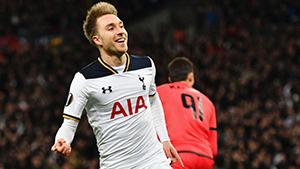 Check out all the latest rumours and gossip from Saturday’s national newspapers.

Barcelona will switch their attentions to Tottenham’s attacking midfielder Christian Eriksen if they are unable to force through a move for Liverpool’s Philippe Coutinho.

Diego Costa is embroiled in a legal battle with Chelsea as the Premier League club remains in the dark over when he will return to England.

Real Madrid have given up their pursuit of Chelsea goalkeeper Thibaut Courtois and his Manchester United counterpart David De Gea.

Chelsea star Eden Hazard is a ‘Plan B’ target for Real Madrid boss Zinedine Zidane if he is unable to beat Paris Saint-Germain to the signature of Kylian Mbappe.

Inter Milan winger Ivan Perisic, linked with a move to Manchester United for most of the summer, is another option for Barcelona if they fail to sign Philippe Coutinho.

Jack Colback is set to leave Newcastle United after a training ground row with boss Rafa Benitez. He is reported to have refused to re-join the first-team squad for training after a team-mate was injured.

Former Blackburn and Nottingham Forest striker Matt Derbyshire has turned down the chance of a Championship return to stay in Cyprus with Omonia Nicosia.

Chelsea are now odds-on to sign Leicester midfielder Danny Drinkwater and are maintaining their interest in Everton’s Ross Barkley.

Valencia are looking at Arsenal defender Gabriel Paulista as a potential replacement for Ezequiel Garay, who is heading for Spartak Moscow.

Brighton are set to beat Middlesbrough and Sunderland to the signing of Sporting Lisbon defender Ezequiel Schelotto.

Everton and Southampton are battling it out for the signature of highly-prized Club Brugge youngster Noah Fadiga.