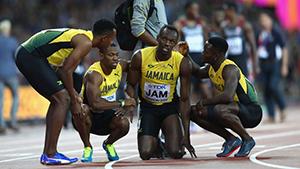 Great Britain claimed a dramatic gold in the 4x100m relay but Usain Bolt pulled up injured in the home straight as his career ended in disappointment at London 2017.