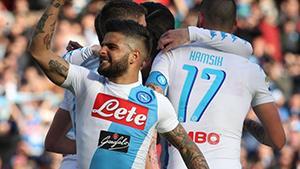 Check out all the latest rumours and gossip from Sunday’s national newspapers.

Arsenal have admitted defeat in their efforts to sign Monaco star Thomas Lemar.

Glenn Hoddle says Danny Rose is only saying what all Tottenham players are thinking and his team-mates won’t be angry.

Luke Shaw has no intention of leaving Manchester United despite the club being linked to fellow left-back Danny Rose.

Liverpool have told Emre Can he is going nowhere – even though the German’s contract stand-off with the club shows no sign of being resolved.

Barcelona are set to announce the signing of Paulinho in a deal worth £36.5m.
SUNDAY PEOPLE

Tottenham’s £27m target Davinson Sanchez has gone on strike – refusing to board the Ajax team bus for their first game of the new season.

Gylfi Sigurdsson will finally seal his move to Everton this week – setting off deals for Nacer Chadli to move to Swansea and Ross Barkley to Spurs.

West Brom will join the race for Hull midfielder Sam Clucas if they miss out on Everton’s Gareth Barry.

Liverpool and Newcastle are leading the chase for the ‘new Andy Carroll’, Hartlepool kid Connor Simpson.

Tottenham shouldn’t worry about a lack of transfers but Newcastle should according to former player Les Ferdinand.
SUN ON SUNDAY

Arsenal have told Newcastle and Brighton to stump up £20m to sign Lucas Perez.

Watford are set to launch a £10m bid for Gent goalkeeper Lovre Kalinic.