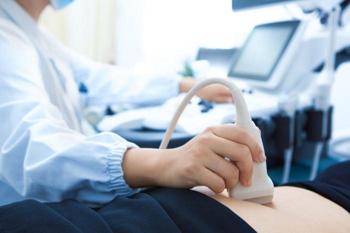 According to a 2016 study by the state’s Maternal Mortality and Morbidity Task Force, published in Obstetrics and Gynecology, about 36 per 100,000 live births end in a maternal death — a death within a year after childbirth (excluding car crashes and other unrelated causes).
In comparison, the maternal mortality in Japan in 2015 was five per 100,000 live births, according to UNICEF data, while in Poland, the same figure is reportedly only three in 100,000.
The dynamics of maternal mortality in Texas (and all of the US) are worse than absolute figures as the rest of the world enjoyed the decline of maternal deaths between 2000-2014, but rates were unchanged or even increasing across the US, according to task force data.
Formed in 2013, the Task Force is struggling to determine the cause of the problem. According to an initial plan, the task force would shut down in 2019, but its operation has been prolonged up to 2026, thanks to a bill sponsored by state lawmaker Rep. Shawn Thierry, who also saw life-threatening complications during her own delivery.
The bill orders the Task Force to prioritize research into a certain portion of the statistics — primarily black women who make up just 11 percent of live births in Texas but account for nearly 29 percent of maternal deaths.
“We’ve got to look at the group that’s being most affected and solve it for that group,” Thierry said. “Then I feel like everyone will benefit.”
The Task Force observed that maternal mortality spiked around 2013, just before many women’s health clinics throughout the state were shut down by Republican lawmakers who pushed through strict anti-abortion laws requiring clinics to meet surgery-center standards.
Struggling with the same problem, California reportedly adopted a program that seeks to provide doctors with specific solutions for certain emergencies — from tool sets to instruction protocols, and the program has proven to have some effect.
Dr. Lisa Hollier, president-elect of the American College of Obstetricians and Gynecologists (ACOG), says the College has come up with certain interventions for obstetrical emergencies that could help alleviate the situation in Texas, and the prolonged lifetime for the Task Force will allow it to evaluate the extent to which such interventions are effective.
“That will give us a chance to see if our interventions work,” Hollier said.