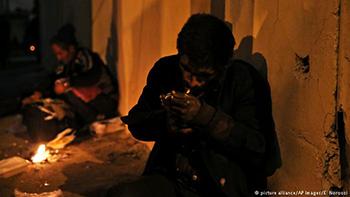 Iranian lawmakers have amended the country’s strict laws on narcotics, making it harder to put people to death for drug-related crimes. The law could affect hundreds of inmates on death row in the conservative country.
Under the new bill, Iranian judges will be able to sentence a suspect to death if the crime involves two kilos (4.41 pounds) or more of hard drugs, such as heroin, cocaine, or amphetamines. This marks a significant change compared to the old legislation, where the legal limit was only 30 grams.

Parliament passed the new legislation on Sunday after months of debate. It is expected to be approved by the conservative Guardian Council and signed into law by the president.
Lawmakers also raised the levels for drugs such as opium and marijuana – from five to 50 kilos.
However, the new law would keep the death penalty for leaders of drug gangs, people who carry firearms or exploit minors while committing drug-related crimes, and – in some cases – repeated offenders.
Opium from Afghanistan
The long-awaited change could reduce international pressure on Iran from human rights groups over executions. Iranian authorities executed 567 people during last year alone, placing the Islamic Republic among the top five countries carrying out the death penalty. Most of those executions were drug-related.
Iran’s neighbor Afghanistan produces around 90 percent of the world’s opium, and Iran itself serves as a major transit point for narcotics. Teheran authorities confiscate and destroy hundreds of tons of drugs every year.
The new law should also apply retroactively to many of 5,300 inmates currently on death row over drug-related crimes, commuting some of the death sentences to 30 years in prison and a fine.
According to Hassan Norouzi from the parliament’s judicial and legal committee, the 80-million-strong Iran has around 5.2 million drug addicts and 1.8 non-addicted users.
dj/jm (AFP, AP)