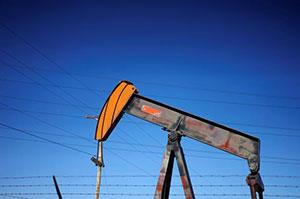 By Gregory Brew
The Organization of Petroleum Exporting Countries (OPEC) released its monthly oil market report on Thursday, and the news was enough to send WTI below $50 after a brief week-long rally.

The report indicated OPEC’s production reached a new height in July, as members pumped above and beyond the production cuts agreed to last November and extended this May. Within the group, however, there’s lots of potential for disruption, which could send prices up or down depending on circumstances.
Total OPEC production reached its highest level all year, topping out at 32.9 million bpd in July, up 172,600 bpd from June.
Saudi Arabia, the largest producer and de facto leader of OPEC, reported monthly production averaging 10.06 million bpd. The country exceeded its production quota largely due to higher seasonal demand, and will likely lower it again at the end of the summer.
The oil producer has stated it intends to cap exports at 6.6 million bpd in August and believes inventories, which have fallen over the past several months, will continue their decline and allow prices to climb back above $50. A Saudi delegate reported to OPEC that the country’s production was actually 10.01 million bpd.
Iraq and the UAE, which have repeatedly failed to reach their quota targets since November, reported a fall in production. Iraq produced 4.4 million bpd, a decline of about 33,000 bpd from the month before and one which offset the slight increase from Saudi Arabia. The UAE also registered a small decline in production, while Angola reportedly took 19,000 bpd off the market, though this figure is contradicted by direct communication.
The big story, however, is rising production from countries exempt from formal cuts. Libya, which is regaining ground it lost following the collapse of the Qaddafi government in 2011, reported an increase in production for the month
Libyan output was up to 1.001 million bpd, an increase of over 150,000 bpd from June 2017, according to OPEC’s secondary sources. Direct communication for Libyan production remains unavailable.
Just this month, Libya has enjoyed a surge in activity from its Sharara field, which was shut down by disruptions earlier this week. The field has been credited for Libya’s success in topping out over 1 million bpd last month, and news of its return to operations caused prices to slump on August 6.
Also increasing production was Nigeria. The Sub-Saharan producer is also exempt from cuts as it struggles with an insurrection in the Niger Delta, a major producing region. Nigerian production was up 34,000 bpd in July according to secondary sources; direct communication reported a tremendous 117,000 bpd increase. This represents a seventeen-month high for the country as it struggles to retain its previous position.

A small volcano in Argentina is about to fuel the next tech boom – and a little known company is going to be right at the center. Early investors stand to gain incredible profits and you can too. Read the report.

Nigerian output is currently averaging around 1.7 million bpd, which remains below the average level in 2015. Should production exceed 1.8 million bpd, it is likely that Nigeria will feel the pressure from the rest of OPEC to cap production.
A steady rise in Libyan and Nigerian production should be expected, as these countries regain their footing and find markets for their light crude blends.
Venezuela continued its tumble in July. The country shed another 15,000 bpd, continuing a streak of steady production declines since 2016, as the country’s economic situation worsens and further pressure is placed on PDVSA, its state-run oil company. Right now Venezuelan output is averaging just under 2 million bpd, a decline from output in 2015, which hovered around 2.4 million bpd.
There is some speculation that a major disruption in Venezuela, perhaps resulting from tougher U.S. sanctions or an outbreak in hostilities between the Maduro government and its opponents, could send prices shooting upward. While the market has proven surprisingly resilient in the face of geopolitical disruptions and increases in tensions, a catastrophe in a major producer like Venezuela, home to the world’s largest oil reserves, could be too much for prices to take.
Yet the take-away from OPEC’s report is chiefly one of falling expectations. The group has attempted for nearly a year to cut into global inventories through calculated, coordinated supply caps, but the effect on prices has been disappointed. The EIA has indicated that global inventories fell substantially in the first half of 2017, yet remain above their five-year averages.
CNBC reports that the resolve among oil producers to cap production as inventories keep falling and prices hover at or below $50 is beginning to slip. While Nigeria and Libya were chiefly responsible for the historic level of production in July, most OPEC members pumped past their agreed-to limits.
Despite Saudi talk of getting OPEC production under control, and hints that deeper cuts are on the table, it’s possible that compliance will slip even further in August, while members like Libya and Nigeria pump more to offset losses in Venezuela. The end result may be what we’ve seen for months: OPEC efforts to cap production sabotaged by differing priorities and circumstances among member states.
By Gregory Brew for Oilprice.com