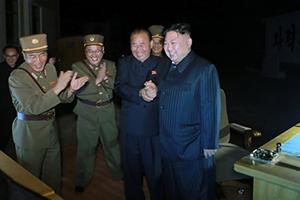 By Hollie McKay -FoxNews.com
As the threat of nuclear conflict escalates between the U.S. and North Korea, religious leaders are stepping into the firestorm in an urgent quest to calm the rhetoric between President Trump and dictator Kim Jong Un.

U.N. Security Council to meet on Sunday about Israel, Gaza