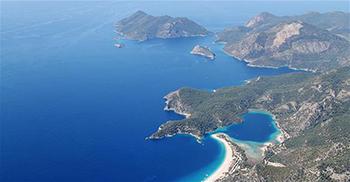 Turkey’s struggling tourism sector may lose up to $30 billion over the three-year period covering 2016, 2017 and 2018 if a number of key measures are not taken, Tourism Investors Association (TYD) head Oya Narin has said.

A detailed plan to recover the sector’s losses has been prepared and will soon be presented to Culture and Tourism Minister Numan Kurtulmuş, said Narin, warning that the sector’s 2016-2017 loss would likely be $22 billion.

“Our three-year loss may hit $30 billion if problems remain unsolved next year. The sector has been facing serious financial hurdles. A financial support system specially designed for the sector would help a lot,” she added.

Narin noted that steps must urgently be taken to “recover Turkey’s bad image abroad,” adding that tourism sector players should also be given “exporter status.”

“2016 was a terrible year for our sector. There has been some recovery over this year, but we have suffered from a huge loss in revenues. We will feel this by the year-end. But the current problems should not turn into a serious structural crisis. We need to work to prevent this. In this vein, we see 2017 as a transition year, during which urgent measures must be taken,” she said.

Narin noted that the TYD had prepared a detailed proposal to overcome difficulties in the sector.

“We want to see a return to the good figures of before by 2020. A tourism management plan that covers the whole country should be designed. Another key pillar here is to take steps in order to recover the perception of Turkey abroad. Measures should also be taken to achieve a better destination management, bed supply and tourism diversification. Spain did this in 2012 when it was at a peak in terms of its tourism sector,” she said.

Narin also noted that a tourism workshop was slated to be held in October with the participation of a number of actors.

“President Recep Tayyip Erdoğan is expected to attend this workshop. We must take key decisions in this workshop and immediately start taking the required steps to transform our sector,” she said.