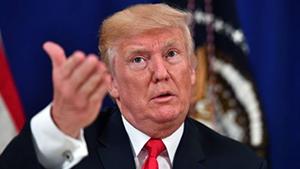 Anthony Zurcher- North America reporter
In North Korea and Charlottesville Donald Trump faces the first pivotal tests of his presidency. His responses have been telling but, for those who watched him on the campaign trail, they shouldn’t be surprising.