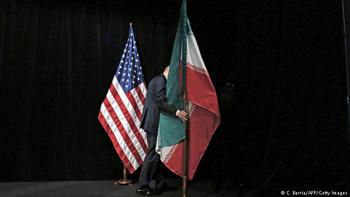 By Ladane Nasseri
Iranian lawmakers voted to raise spending on the nation’s missile program and elite forces, bolstering twin pillars of the security establishment that are at the center of a growing dispute with the U.S.

Parliament on Sunday overwhelmingly approved a bill sanctioning an additional 20 trillion rials ($609 million) for Iran’s missile program and the Qods Force arm of the Revolutionary Guards. The legislation cited “hostile” U.S. policies against Iran and American “adventurism in the region,” according to Tasnim news agency. President Donald Trump has expanded sanctions on Iran and swung behind its Gulf rivals since taking office, amid signs he might attempt to sink the 2015 nuclear accord that opened the Islamic Republic for business.
The extra funding — on top of two years of increased defense spending — serves as a “multifaceted” message, according to Ariane Tabatabai, a senior associate with the Proliferation Prevention Program at the Washington-based Center for Strategic and International Studies.
“The missile program serves to project power and show strength at a time where the region is incredibly volatile” and “is geared toward Iran’s regional adversaries like the Gulf Arabs, as well as ISIS and other terrorist groups,” she said. “It also serves to show the U.S. that the chest-thumping won’t intimidate Iran. From their perspective, this is about deterrence.”
Drone Protested
In another sign of escalating tensions, the U.S. said an Iranian drone operating without navigation lights came within 1,000 feet (305 meters) of U.S. aircraft from the carrier Nimitz that were in flight during night operations in the central Persian Gulf on Sunday. The approach “created a dangerous situation with the potential for collision and is not in keeping with international maritime customs and laws,” Commander Bill Urban, a spokesman for U.S. Naval Forces Central Command, said Monday in a statement.
The seven-party agreement curbing Iran’s nuclear program led to increased Iranian oil sales and investor interest in Iran, and was heralded as a basis for talks on easing clashes over Mideast flashpoints where Iran and Sunni powers allied to the U.S. are on opposite sides. But the deal has run into greater turbulence under Trump, who argues that its overgenerous terms have emboldened authorities in Tehran that oppose American interests.
His administration has so far found Iran to be in compliance with the accord after quarterly reviews — a judgment also made by international monitors — while saying its missile tests and overseas military interventions are in breach of its spirit.
“Iran’s other malign activities are serving to undercut whatever ‘positive contributions’ to regional and international peace and security were intended to emerge” from the accord, State Department spokeswoman Heather Nauert said last month.
In June, Secretary of State Rex Tillerson signaled that support for peaceful regime change in Iran may be one option for the U.S. to consider.
Iranian President Hassan Rouhani, whose diplomatic overtures concluded with the landmark breakthrough, on Sunday again warned against unilateral efforts to undermine it.
“Anyone who harms the accord harms himself and his country,” Rouhani was quoted as saying by the Iranian Students News Agency. If the U.S. acts against the agreement “everyone will side with us and against the person who wants to weaken it,” he said in reference to other signatories to the deal, including Germany and France, which strongly support its continuation.
Rouhani has come under growing pressure from conservative opponents at home who want a more assertive response to Trump.
The bill passed on Sunday, which had been before parliament for two months, constitutes a “first step,” speaker Ali Larijani was quoted as saying by the official Islamic Republic News Agency. If the U.S. applies sanctions that violate the multi-party nuclear deal with Iran, the Iranian government will be bound to react, he said.
Iranian officials have asserted that the legislation doesn’t violate the agreement and a subsequent United Nations resolution, which discouraged but didn’t bar missile development. Tehran considers American actions to have contravened the accord as the extra sanctions have further disrupted efforts to normalize trade. The bill needs to be approved by Iran’s Guardian Council, a body of Islamic law experts and jurists, in order to take effect.
— With assistance by Anthony Capaccio