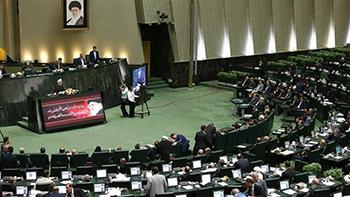 Iran’s Parliament (Majlis) has begun holding open-floor debates on President Hassan Rouhani’s nominees for ministerial posts, who need the legislature’s vote of confidence to serve in the new cabinet.
The parliament’s open session debating the candidates kicked off on Tuesday.

President Rouhani was present to defend his picks. He started with an outline of his plans for the next cabinet first. Five lawmakers will later speak in support of Rouhani’s agenda and five others against it.
Afterwards, the parliament will start debating the ministerial picks in an alphabetical order. One supporter and one opponent of each nominee, the nominee himself, and if necessary, the president again will give a speech.
In May, Rouhani won re-election in a landslide after securing 57 percent of the votes.
On August 3, Leader of the Islamic Revolution Ayatollah Seyyed Ali Khamenei formally endorsed Rouhani as president for the second term. Two days later, Rouhani took the oath of office at the parliament.
The Iranian chief executive presented a list of his proposed picks to head 17 out of 18 ministries to the legislative body for a vote of confidence on August 8.