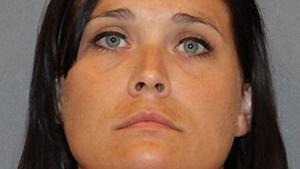 A former Oklahoma teacher who was sentenced to 10 years in prison for sex crimes with her teenage student was ordered to pay $1 million by federal judge.

Jennifer Caswell, 31, will be in prison for the next several years and has no money to pay the boy, her attorney said.

The former student and his father sued Caswell and the Hollis School District in 2015 over the sexual relationship, The Oklahoman reported.

The school district agreed to pay $125,000 to settle claims that the boy’s school participated in covering the sexual abuse. It won’t be liable for the $1 million against Caswell.

An attorney for the teenage boy and his father said his clients sued because they wanted to bring attention to the problem of sexual abuse by teachers.

As Fox News has previously reported, after she resigned in April 2014, Caswell had sex with the boy in a vehicle, her house and the boy’s father’s house.

After she followed him to Mississippi, where he had been sent to stay with his mother, the boy began cooperating with authorities.

The boy was 15 at the time of the crimes.