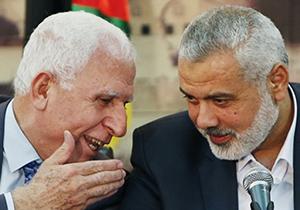 “We are giving the Americans a chance to move a serious peace process forward and we hope they succeed, but if they fail to make progress, we will turn to international institutions including the United Nations to request full membership,” Ahmad said in a phone interview.

The Palestinian leadership submitted a formal application to gain full membership in the UN in 2011, but it was rejected because it had insufficient support from the UN Security Council. The Palestinian leadership could try to gain full membership again by submitting another membership application, but US Ambassador to the UN Nikki Haley would likely block it. Haley has consistently defended the Israeli government since arriving at the UN.

Ahmad defined a “serious peace process” as one in which the US and Israel announce their support for a two-state solution and Israel halts settlement activity.

Both Israel and the US have not endorsed the two-state solution since Trump assumed office in January. Meanwhile, Israel has committed to limiting construction to the settlement blocs as much as possible, but rejected freezing settlement activity altogether.

Ahmad’s statements came days after the White House announced it will dispatch a delegation of high-ranking officials including Trump’s senior adviser Jared Kushner, US special representative for international negotiations Jason Greenblatt, and National Security Council official Dina Powell to Israel and the Palestinian territories, in the coming days.

According to a White House official, Trump believes the relative calm in Israel and the Palestinian territories at the current moment presents an “opportunity to continue discussions and the pursuit of peace.”

Two other senior Palestinian officials said the possibility of engaging with international institutions to confront Israeli policies is being studied, but would not elaborate.

Sources in the Foreign Ministry said there is currently no indication that the Palestinians are planning to take any concrete measures at the UN.

“There might be something as we get closer to the General Assembly meeting,” one source said, “but right now there is nothing.”

The annual UN General Assembly meetings will take place on September 19, with Prime Minister Benjamin Netanyahu expected to address the world body that day and Abbas on September 21.

Herb Keinon contributed to this report.