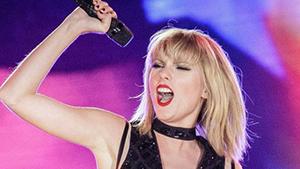 Pop star Taylor Swift has won a sexual assault case against ex-radio DJ David Mueller, who she said had groped her at a 2013 concert.
He assaulted her by grabbing her bottom beneath her skirt during a photo shoot, a jury in Denver, Colorado, found.

She was awarded a symbolic $1 (77p) in damages that she had sought.
Mr Mueller had originally tried to sue the pop star, saying that her claims had cost him his job. But that lawsuit was thrown out by a judge last week.
On Monday, the jury also rejected similar claims Mueller had made against the singer’s mother, Andrea Swift, and her radio liaison, Frank Bell.
In a statement following the verdict, Ms Swift said: “I acknowledge the privilege that I benefit from in life, in society and in my ability to shoulder the enormous cost of defending myself in a trial like this.
“My hope is to help those whose voices should also be heard. Therefore, I will be making donations in the near future to multiple organizations that help sexual assault victims defend themselves.”
The assault took place during a Denver stopover on the singer’s Red tour.
Mr Mueller, then a host on the radio station KYGO, had been invited to meet her before the show.
The singer complained to KYGO and the station fired Mr Mueller two days later.
Last Friday, Ms Swift’s former bodyguard gave evidence, supporting her sex assault claims by testifying that he saw the DJ reach under her skirt.
Greg Dent told the Colorado court he “did not see his hand touch her physically”, but “saw his hand under her skirt”.