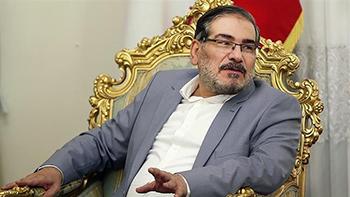 The SNSC head said Hezbollah’s victories herald the annihilation of Daesh and foil the plots being pursued by the West, Zionists and their Arab allies in the troubled region.
Last month, Hezbollah conducted a six-day joint offensive with the Syrian army in Arsal, which has been hardly hit by the spillover from the Syria crisis over the past few years. Lebanon’s army did not formally declare its role in the offensive, but shelled terrorist positions in the operation area.
The resistance movement later said it had accomplished the main objective of the Arsal campaign.
Referring to the Arsal operation, Shamkhani said the offensive demonstrated Hezbollah’s resolve to purge terrorists from the Lebanese-Syrian border.
Shamkhani also highlighted the resistance movement’s important role in defeating terrorists in Syria, noting, “The growing popularity of Hezbollah in the Islamic world and Arab countries has enraged the Zionist regime and its mercenaries.”
Iran throws its weight behind the resistance movement and all the countries that are battling terrorism on the frontline, he added.
Shamkhani further congratulated the Lebanese government, nation and Hezbollah on the 11th anniversary of the country’s victory against Israel in the 2006 war.
“Hezbollah’s victory during the 33-day war was a source of inspiration for the Palestinian nation and [anti-Israel] resistance groups, especially in Gaza,” Shamkhani said.
The win, he said, was “a mockery of Israel’s so-called invincible army” and proved that the Islamic Ummah could defeat the world’s strongest militaries whenever it wishes.
About 1,200 Lebanese, most of them civilians, lost their lives during Israel’s 33-day war on Lebanon back in the summer of 2006.
Hezbollah fighters involved in defending Lebanon against the Israeli war defeated the enemy, forcing Tel Aviv to withdraw without having achieved any of its objectives, according to the Winograd Report by the Israeli regime itself.
Elsewhere in his comments, Shamkhani further denounced US hypocrisy in the fight against terrorism, citing repeated landings made by American helicopters on Daesh-occupied territory and their targeting of Iraq’s Popular Mobilization Units (PMU) near the Syrian border.