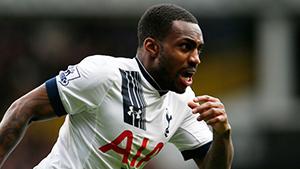 Chelsea are set to make a significant bid for Tottenham full-back Danny Rose, according to Wednesday’s back pages.

Chelsea are set to make a £50m bid for Tottenham left-back Danny Rose after they play each other at Wembley.

Spurs’ Kevin Wimmer is a target for Crystal Palace and West Brom in the final weeks of the transfer window.

Tottenham are hoping to tie up a deal for Ajax defender Davinson Sanchez by the end of the week.

Owner Roman Abramovich is trying to give Chelsea a lift with a £120m spree.

Paul Pogba says last season was all about the price tag but now it is about the football.

Everton midfielder Ross Barkley is facing six weeks out with a hamstring problem.

Atletico Madrid may keep well out of Diego Costa’s rift with Chelsea.

Paul Pogba says he is pleased Neymar has removed his burden of being football’s highest-priced player.

Crystal Palace attacker Wilfried Zaha is out for four weeks with a knee injury.

Swansea have been boosted by Fernando Llorente’s return to training.