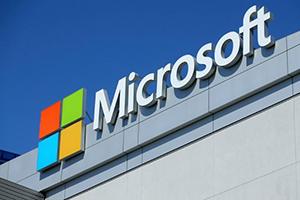 WASHINGTON (Reuters) – Technology companies, such as Microsoft (MSFT.O) and Cisco Systems (CSCO.O) have ramped up lobbying ahead of talks to renegotiate the North American Free Trade Agreement, looking to avoid any future restrictions on cloud storage and to promote an international pact to eliminate technology goods tariffs.

U.S., Mexican and Canadian negotiators are due to start talks on the 23-year old trade pact on Wednesday. Farming and transportation groups have traditionally dominated lobbying on NAFTA, but technology lobbyists are helping lead the recent surge in efforts to influence Washington, according to data from the Center for Responsive Politics.
Tech companies and trade organizations disclosed they had 48 arrangements with lobby groups that discussed NAFTA with administration officials or lawmakers in the second quarter, up from 17 groups in the first quarter and one group at the end of 2016, according to the data.
“It’s both defensive and offensive,” Devi Keller, director of global policy for the Semiconductor Industry Association, said of the industry’s position on the new talks. “There is an opportunity for expansion.”
The industry now has almost as many lobby groups representing its views on NAFTA as the transport sector, which includes automakers. That sector had 52 lobbying groups discussing the trade pact with government officials between April and June. Agriculture still dominates the NAFTA lobbying effort with 86 arrangements with lobbying groups.
While the auto and farm lobbies are seeking to preserve cross-border supply chains and to retain access to markets in Mexico and Canada, the tech sector wants a revamped NAFTA to help it grow future business.
President Donald Trump has blamed NAFTA for the loss of U.S. manufacturing jobs and threatened to withdraw from the pact unless it can be reworked in the United States’ favor.
Tech firms want a ban on any future government requirements that providers of services, such as cloud computing store data in a particular country. They also seek a commitment by NAFTA members to join a broader international pact to eliminate all tariffs on a broad range of information technology goods, including computers, smartphones, semiconductors and medical devices. Today, the United States and Canada already subscribe to the broader tech agreement but Mexico does not.
While tech goods are already face no tariffs under NAFTA and industry representatives said there are no data flow restrictions in the region hampering trade, U.S. firms want an updated NAFTA to help them access other markets by serving as a tech template for future trade pacts.
Tech industry associations have sent letters to the Trump administration asking negotiators to prioritize free flows of data and low tariffs as well as global cybersecurity standards, and have met with staff at the U.S. Trade Representative.
“We’re fairly confident the issues we identified will be addressed in the negotiations,” said Ed Brzytwa, director of global policy at the Information Technology Industry Council.
It remains unclear, however, how prominently tech concerns will feature at NAFTA talks given Trump’s focus on manufacturing.
The CRP, a nonprofit group that advocates for government transparency, includes media and publishing firms in the technology sector, but the overwhelming majority of the sector’s disclosures on NAFTA came from hardware, software and digital services firms.
The CRP’s database incorporates disclosures to both the Senate and the House of Representatives and includes both in-house lobbyists and external lobbying firms.
Cisco Systems, a networking hardware company, had as many as 10 lobbyists working on NAFTA issues. On a lobby disclosure form reviewed by Reuters, Cisco Systems listed NAFTA and government procurement as the trade issues handled by its lobbyists.
Microsoft, which counts cloud computing and software as core businesses, had as many as 13 lobbyists working on NAFTA, according to the CRP database.
The disclosure forms filed by Microsoft do not make clear whether all 13 lobbied on NAFTA, which is listed along with several other trade-related issues and cloud computing.
Amazon, a major cloud services provider and internet retailer, also cited NAFTA as well as “customs procedures” in its lobbying disclosure. The Trump administration has proposed easing customs barriers for online purchases.
Cisco Systems and Amazon declined to comment for this story while Microsoft representatives did not respond to a request for comment.
Reporting by Jason Lange; Editing by David Chance and Tomasz Janow