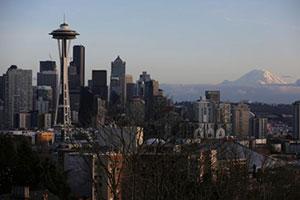 The American Federation of Labor and Congress of Industrial Organizations President says he will no longer sit on the White House’s Manufacturing Council.

WASHINGTON (Sputnik) — The American Federation of Labor and Congress of Industrial Organizations (AFL-CIO) will no longer sit on the White House’s Manufacturing Council for a president that tolerates bigotry and domestic terrorism, AFL-CIO President Richard Trumka said in a statement.
Earlier on Tuesday, President Donald Trump during a press conference blamed both sides for violent clashes that erupted over the weekend at a white supremacist rally in Charlottesville, Virginia, saying that many participants were protesting innocently.
“We cannot sit on a council for a President that tolerates bigotry and domestic terrorism. President Trump’s remarks today repudiate his forced remarks yesterday about the KKK and new-Nazis. We must resign on behalf of America’s working people, who reject all notions of legitimacy of these bigoted groups,” Trumka said.
Trumka published the statement on Twitter, saying that the resignation was effective immediately.
“It’s clear that President Trump’s Manufacturing Council was never an effective means for delivering real policy that lifts working families and his remarks today were the last straw,” Trumka added.
He said the AFL-CIO, the largest coalition of unions in the United States, joined the council with the hope that their organization could be a voice for working people and help craft positive economic policy.
“But it has become yet another broken promise on the President’s record. From hollow councils to bad policy and embracing bigotry, the actions of this administration have consistently failed working people,” Trumka said.
Trumka’s statement marks the fifth such resignation from Trump’s Manufacturing Council in recent days.
The CEOs who left the Manufacturing Council include the heads of Merck, Under Armour, Intel and the Alliance for American Manufacturing. All four made statements in which they attributed their decision to the current political culture.