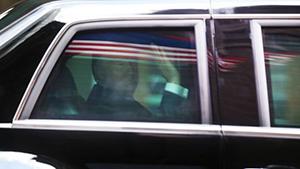 Anthony Zurcher- North America reporter
At some point during the campaign last year, most Republicans came to the conclusion that Donald Trump was like nuclear energy. His was a force that, if properly harnessed, could power their party for a generation.