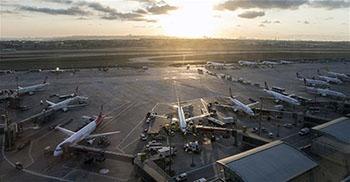 A Dutch citizen died early on Aug. 17 after suffering from a diabetic coma during a Turkish Airlines flight from Port Louis to Istanbul.

Ramduelarie Ramavadh, 68, had boarded a Turkish Airlines flight from the capital of Mauritius to Istanbul, in order to connect to a flight to Amsterdam.

Ramavadh felt unwell while the aircraft was approaching to the Istanbul airspace. Cabin crew conducted first aid on her but could not be rescued despite all efforts.

The plane landed at the Istanbul’s Atatürk Airport at 4:25 a.m. and Ramavadh’s body was transferred to the morgue.