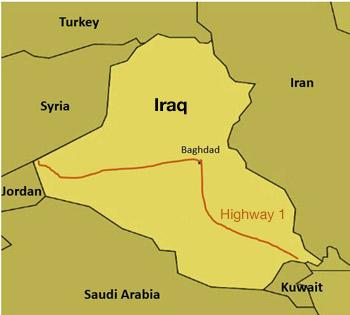 “An independence referendum would only worsen the situation in the country, which is already experiencing a lot of problems. God forbid, it could even lead the country to civil war,” Çavuşoğlu told Turkey’s state broadcaster TRT on Aug. 16, describing the decision to hold the referendum as “extremely wrong.”

“This is a serious risk. We said, are saying and will continue to say, that we are clearly against it. We will do our part in resolving the issues between Baghdad and Arbil,” he added.

Saying different political sides in the KRG have been discussing the issue internally, Çavuşoğlu also noted that “the people themselves are not enthusiastic about the referendum.”

“According to the information we have received from the ground, the people are not interested or enthusiastic. The people’s concern is the economy. There are serious economic problems the must be addressed,” he added, stressing that the wider international community also does not support the referendum.

Turkey doesn’t have any problems with “our Kurdish brothers in Iraq or elsewhere,” Çavuşoğlu stressed, adding that the KRG has been receiving the strongest support from Turkey.

Ankara has in recent years forged strong ties with the KRG in northern Iraq but is extremely wary of any move towards independence.

KRG President Massoud Barzani announced in June that the vote would determine whether the region would secede from Iraq.

Saying that the referendum would serve instability in the region, Bozdağ added that it is also “against the Iraqi constitution.”

“The Iraqi central government has also presented its stance on the issue and Iraqi Prime Minister Haider al-Abadi said they would not recognize the results. Of course, there are other groups living in that region and there are areas with conflicts. This referendum won’t do any good for the region. It will only lead the region to become instable and insecure. Turkey has been following developments on this issue closely,” Bozdağ said on Aug. 15, adding that Iran and the United States are also opposing the independence step.

Iran also opposes the holding of the referendum at such a sensitive time in the region, warning the KRG leadership that the move would be a “grave mistake with serious consequences.”

Barzani, meanwhile, has vowed that “there is no other alternative than independence.”

In a message released to mark the 71st year foundation anniversary of the Kurdistan Democratic Party (KDP), Barzani called on the “people of Kurdistan” to support the referendum and the independence process, Turkey’s state-run Anadolu Agency reported.

“This is part of an effort to prevent the repetition of tragedy and to bring about peace and relief,” he said.

Al-Abadi, on the other hand, said “unilaterally drawing new borders” is not in the interest of the Kurds.