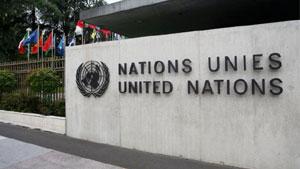 By Kambiz Foroohar
Outreach to Africa, educational trips for foreign diplomats and a more conciliatory Prime Minister Benjamin Netanyahu make it clear: Israel is campaigning to overcome its acrimonious relationship with the United Nations in time to win a coveted spot on the Security Council next year.

Israel is working to rally enough votes in the 193-member General Assembly to defeat either Germany or Belgium in a three-way race for two spots on the UN’s most powerful body.
“They’ve done their campaign with a level of sophistication which is remarkable, doing it systemically, arranging fact-finding missions and bilateral agreements,” said Syed Akbaruddin, India’s ambassador to the UN. “They start with a disadvantage in that there are countries that are not disposed to vote for them, but they have cultivated certain countries to shore up constituencies.”
While the voting is set for next June, lobbying started much earlier and sometimes resembles a cross between a campaign to win an Oscar and a race for a high school student council seat. Germany and Belgium kicked off their efforts in 2015 with colorful posters, notebooks and little packets of candy bearing their countries’ campaign logos.
Israel’s run at the Security Council has been in the works for 12 years and now has a powerful ally in U.S. President Donald Trump. His ambassador, Nikki Haley, has accused UN institutions such as the Human Rights Council of “chronic anti-Israel bias,” for issuing five resolutions this year against Israel yet none against Venezuela, which is engulfed in civil unrest.
Settlements Condemned
No member has been the source of more controversy at the UN than Israel. The Jewish nation was barred from seeking high-profile seats at the world body until 2000, when it was allowed to join the “Western European and Others” group.
Last December, President Barack Obama’s administration abstained and let the Security Council rebuke Israel by adopting a resolution condemning its settlements in the West Bank and East Jerusalem as illegal and an obstacle to the peace process.
“The Security Council is the highest level there is in the international arena,” said Yoram Meital, chairman of the Chaim Herzog Center for Middle East Studies & Diplomacy at Ben-Gurion University of the Negev. “Israel has been excluded for so long, and it desperately wants to be accepted in the diplomatic world.”
Meital says winning the Security Council seat would let Netanyahu show how successful he’s been at reversing Israel’s isolation, especially as he’s weakened by a burgeoning investigation of alleged corruption.
One Israeli official said the election may become a political landmine for Netanyahu domestically amid his legal troubles. Failure to win the UN seat would let rivals call him foolish for seeking acceptance in a club he has long denounced as hostile to Israel, according to the official, who asked not to be identified because of the issue’s sensitivity.
Trips for Ambassadors
That hasn’t stopped Israeli efforts. Last month, Danny Danon, Israel’s ambassador to the UN, took nine ambassadors from countries including Australia, Kenya and Papua New Guinea, to Jerusalem. He had taken 14 ambassadors on an earlier trip in December.
“We remain committed to engaging the world body,” said David Harris, chief executive officer of the American Jewish Committee, which helped arrange the trips. “It’s a first for Israel since 1949, and it’s generating a lot of excitement.”
In May, the committee and Danon hosted a dinner meeting for 15 African ambassadors to discuss expanding relations. Israel has also raised its profile by sponsoring a UN resolution on sustainable development and entering elections for committees that oversee legal and administrative matters. Also in May, Danon was elected to a one-year term as vice president of the UN General Assembly beginning on Sept. 12.
“Every election we enter and every resolution we sponsor at the UN is always a challenge,” Danon said. “Our goal is to strive for full acceptance in every UN agency and forum.”
Gentler Netanyahu
At last September’s annual gathering of world leaders for the General Assembly, Netanyahu toned down his criticism of the UN’s alleged anti-Israeli bias and instead touted his country’s technological achievements. Since then he has focused on expanding trade ties with China, India and Japan and reached out to sub-Saharan Africa.
The election “will be a defining moment of Israel’s relationship with the UN,” said Peter Yeo, a vice president at the nonprofit United Nations Foundation. “Israel is disproportionately and unfairly criticized in a way that other countries are not at the UN and this will normalize Israel’s treatment.”
History suggests Israel, one of 66 countries never elected to the council, faces an uphill struggle to secure at least 128 votes, or two-thirds of the 193 member states, in a secret ballot. Not many of the 57 members of the Organization of Islamic Cooperation are likely to back Israel although Netanyahu has visited some Islamic countries, notably Azerbaijan and Kazakhstan.
Germany, Belgium
Winning a seat on the Security Council is the ultimate achievement for many countries because the body’s 15 members — including the five permanent members with veto powers — can authorize military action, impose economic sanctions, and dispatch peacekeepers to trouble spots.
Germany, Europe’s largest economy, has served on the Security Council five times since joining the UN in 1973. Last month, Germany appointed Christoph Heusgen, foreign policy adviser to Chancellor Angela Merkel, as its new ambassador to the UN in anticipation of gaining one of the two slots.
“Multilateralism is in our DNA,” said Didier Vanderhasselt, chief spokesman at the Belgium foreign affairs ministry. “We are one of the founding members of the UN, and as a small state we think we can make a difference.”
Don’t count Israel out, said Richard Gowan, a UN expert at the European Council on Foreign Relations. One potential twist: With the balloting conducted in secret, Saudi Arabia and its Sunni neighbors might cast their ballots for Israel on the bet it would take a tough stand against their common archenemy Iran.
“I can see Belgium getting squeezed,” said Gowan said. “You’d assume that the Arab world may vote against Israel, but you could be surprised.”
— With assistance by Jonathan Ferziger