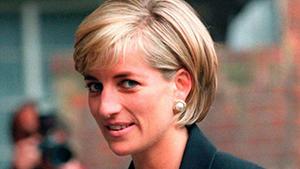 FoxNews.com
Though Princess Diana is gone, she is far from forgotten — worldwide tributes are expected later this month for the 20th anniversary of the death of “The People’s Princess.”

Diana Frances Spencer was just 36 years old when she died in 1997 at a Paris hospital following a car crash.
The crash took place early on Aug. 31, 1997, in Paris, France, after Diana and her boyfriend, 42-year-old Dodi Fayed, had left the Ritz in the French capital.
There were four people traveling in a Mercedes S280: driver Henri Paul, who was the acting head of security for the Ritz, bodyguard Trevor Rees-Jones, the front passenger, and Diana and Fayed in the backseat.
While attempting to elude paparazzi, the Mercedes hit a pillar in the Pont d’Alma tunnel. Fayed and Paul both died at the scene. Diana was taken to a hospital, where she died around 4 a.m. Rees-Jones was injured yet survived.
Both French and British authorities determined the crash to be an accident.
“The vehicle’s driver was in a state of drunkenness and under the influence of medication incompatible with alcohol, a state that prevented him from keeping control of his vehicle when he was driving at high speed,” French magistrates wrote in a 1999 judicial report.
In the United Kingdom, the Metropolitan Police’s Operation Paget, a probe into the incident, began in 2004. The Paget report, which was more than 800 pages long and examined conspiracy claims, was published in December 2006.
“Our conclusion is that, on all the evidence available at this time, there was no conspiracy to murder any of the occupants of the car. This was a tragic accident,” Lord John Stevens, the former Metropolitan Police commissioner who led the inquiry, wrote in an overview.
An inquest took place in the U.K. from October 2007 until April 2008, when a jury ruled that Diana and Fayed were unlawfully killed through the reckless actions of their driver and paparazzi. The jury added that the fact Diana and Fayed were not wearing seat belts was a contributing factor to their deaths.
Despite the official rulings, conspiracy theories surrounding Diana’s death have persisted for years. Here are some of the popular ones.
Prince Philip allegations
Dodi Fayed’s father, Mohamed Al-Fayed, has claimed that Diana and Dodi were killed in a plot that was “arranged for or carried out” by security services on behalf of Prince Philip, the husband of Queen Elizabeth II, the Paget report said.
The motive, according to the report, would have been Diana being pregnant with Dodi Fayed’s child and that their engagement would soon be announced.
No proof of a connection between Prince Philip and the Secret Intelligence Service — also known as MI6 — was found in the Stevens inquiry, according to the BBC. Diana also wasn’t found to have been engaged or pregnant.
While leading the inquest, coroner Lord Justice Scott Baker rejected the conspiracy theory, and instructed the jury there was no evidence to support Al-Fayed’s claims the couple were victims of a murder plot directed by Prince Philip and carried out by British secret agents. The jury was not at liberty to disagree.
Former MI6 officer’s claims
Former MI6 agent Richard Tomlinson told a newspaper following the car crash that Diana’s crash was similar to a supposed assassination plot against Serbian politician Slobodan Milosevic which involved a flashing light and a tunnel, the Guardian reported.
Stevens wrote in his Paget overview that “we are confident that any theories concerning flashing lights inside the Alma underpass can be discounted as the cause of this crash.”
The Stevens-led inquiry also found the former spy’s allegation that a flash blinded Diana’s driver Henri Paul to have been incorrect, according to the BBC.
Tomlinson later gave testimony during the inquest, and reportedly acknowledged he may have gotten details of the supposed plan incorrect.
Former MI6 head Sir Richard Dearlove also testified during the inquest, denying that MI6 killed Diana. Dearlove said there hadn’t been a plot to kill Milosevic, saying that there had been one against another Balkan leader, and that the plan was “killed stone dead,” according to the BBC.
The Fiat Uno
“We believe there was a glancing contact between the Mercedes, driven by Henri Paul, and a white Fiat Uno just before the Alma underpass,” Stevens wrote in his overview. The Fiat Uno, however, has never been recovered.
Stevens dismissed claims that a French photojournalist named James Andanson had been driving the vehicle and was a security services agent.
Andanson owned a white Fiat Uno, but had been with his wife at home the night of Aug. 30, 1997, and there wasn’t evidence that he’d been with the security services, Stevens wrote.
Andanson was later found in a burned-out vehicle in France in 2000, according to the Independent. French authorities determined it was a suicide, which Stevens said British authorities agreed with.
Two inquest witnesses would identify the white Fiat Uno driver as Vietnamese-born French citizen Le Van Thanh, according to the Telegraph.
Thanh sprayed his car red hours after the incident, his father Francois alleged to the Daily Mail in 2006.
Thanh didn’t attend the inquest, but has denied that he was the Fiat Uno driver, the newspaper reported. Stevens tried twice this year to contact Thanh, but Thanh has reportedly refused to speak with him.
Stevens told the Daily Mail, “What we have said to Mr. Thanh is, ‘We believe you were the driver of the Fiat. Talk us through what happened.’ We don’t blame him for the accident. My Paget report said that a Fiat Uno was involved but was not the cause of the crash. We are still trying to interview him.”
The Associated Press contributed to this report.