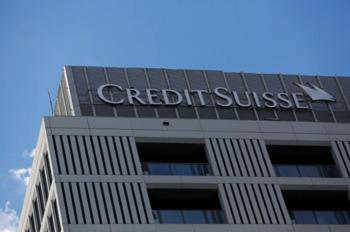 By Jan-Henrik Foerster
The Qatar Investment Authority has reduced its direct shareholding in Credit Suisse Group AG to 4.94 percent in one of the sovereign wealth fund’s rare sales of the Swiss bank’s stock.

The QIA previously held 5.01 percent in voting rights and is reporting a sale of shares for the first time since 2008. Qatar’s overall holding — including bonds which convert into equity if capital levels fall below a certain threshold — declined to 15.91 percent from 17.98 percent after a rise in the number of outstanding Credit Suisse shares because of its capital increase.
Credit Suisse, halfway through a three-year strategy revamp, raised about 4.1 billion francs ($4.21 billion) in June after tapping shareholders for a second time since Chief Executive Officer Tidjane Thiam took over in mid-2015. The fresh funding will increase its common equity Tier 1 capital to 13.4 percent of risk-weighted assets, up from 11.7 percent in the first quarter.
The Qataris haven’t sold any of the convertible bonds which convert into equity once the bank’s look-through common equity tier 1 capital ratio falls below seven percent, according to a person familiar with the matter. CoCos held by the Qataris hold pay an annual coupon between 9 percent and 9.5 percent. Credit Suisse announced the issuance of CoCos in 2011 to comply with Swiss “Too big to fail” rules.
Convertible bonds
Regulators conceived the instruments, known as contingent convertible bonds, or CoCos, after the 2008 financial crisis as a way of helping banks bolster capital ratios by tapping debt investors. Also known as additional Tier 1 bonds, CoCos must have no stated maturity and have to convert into equity automatically or be written down to absorb losses if the issuer’s capital ratios drop below a threshold. On top of this, interest payments are optional, a feature that’s caused the most confusion among investors.
QIA declined to comment. Credit Suisse shares rose as much as 0.9 percent in Zurich trading.
In February Credit Suisse said that Bin Hamad J.J. Al Thani, who represented the Qataris on Credit Suisse’s board of directors, won’t stand for re-election.
Saudi Arabian group Olayan is also a major shareholder in Credit Suisse.
Qatar boasts one of the world’s largest sovereign wealth funds, with stakes in companies from Glencore Plc to Barclays Plc. The small peninsular nation also hosts the regional headquarters for U.S. Central Command, which includes a state-of-the-art air base the Pentagon depends on to target Islamic State.
Saudi Arabia, the United Arab Emirates, Bahrain and Egypt severed diplomatic and transport links with Qatar on June 5, accusing the sheikhdom of supporting Sunni extremist groups and Iranian-backed militants. Qatar has repeatedly denied the charges. The dispute pits U.S. allies against each other in a struggle over political dominance in a region that controls about a fifth of global oil supplies.
— With assistance by Mohammed Sergie