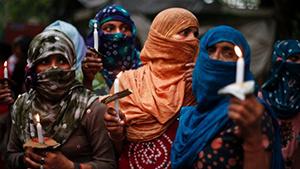 Washington: A 10-year-old Indian girl whose parents say she was raped and impregnated by her uncle has reportedly given birth after a court rejected her request for an abortion last month.

Doctors at the Government Medical College and Hospital in the northern city of Chandigarh delivered a baby girl through a C-section on Thursday morning, the Indian Express and the BBC reported.

The young mother was about seven months pregnant. The newborn was underweight, about 2.5 kilograms, but was in stable condition, according to the BBC.

The girl’s parents found out she was pregnant earlier in the summer after she complained of stomach pains, the Indian Express reported. She later told her parents that her uncle had raped her a half-dozen times at the family’s home. After the uncle was arrested, the parents and a Delhi-based advocate asked a court to allow her to terminate the pregnancy.

In mid-July, a district court in Chandigarh ruled that the girl was too young and her pregnancy too advanced to have an abortion. The decision was based on a panel of doctors from the Government Medical College and Hospital, the hospital superintendent told The Washington Post at the time.

“If you abort then the risk to life is greater,” the superintendent said.

India’s Medical Termination of Pregnancy Act bars abortions beyond 20 weeks, though courts make exceptions in rare cases when the fetus isn’t viable or the mother’s life is at risk. The girl was 32 weeks pregnant when she was examined by doctors, who determined that the fetus was viable.

It is biologically possible for a girl to become pregnant as soon as she begins ovulating, though 10 years old is extremely young. Medical experts agree that carrying and delivering a baby at age 15 or younger, even through a C-section, poses life-threatening risks. Pregnancy complications such as hemorrhaging, high blood pressure and obstructed labor were the leading cause of death among female adolescents in 2015, according to the World Health Organisation.

The Indian court’s decision to deny the young rape victim an abortion was met with alarm from some medical professionals in the country who said she should have been allowed to terminate the pregnancy.

“An abortion needs to be done immediately,” Puneet Bedi, a Delhi-based gynecologist, told the Indian news site the Quint. “Yes, there are risks and abortion at this stage is tough, but for the girl who is still developing, the scars will be many.”

In a similar case this year, a court in the northern Indian state of Haryana permitted a 10-year-old girl who was 21 weeks pregnant to have an abortion after her mother alleged she was raped by her stepfather.

India is home to the world’s largest population of sexually abused children, according to the BBC. More than 10,000 children were raped in India in 2015, the BBC reported, most of them by relatives or family friends.

The Indian government has responded to a surging nationwide rape crisis by toughening its rape law and speeding up prosecutions, but convictions are uncommon.

Moscow keeps pushing for release of all detainees, Lavrov says