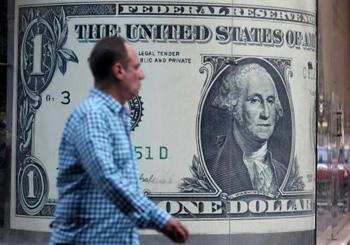 SINGAPORE (Reuters) – The dollar edged lower versus the yen on Friday, hampered by renewed investor concerns over the Trump administration’s ability to push forward its economic policy agenda.

News of a deadly attack in Barcelona and speculation on Thursday over the possible departure of White House Economic Adviser Gary Cohn rattled markets, sparking a selloff in U.S. equities and stirring demand for safe haven bonds.

A White House official said on Thursday that Cohn is remaining in his post.

Asian markets are playing catch-up to the moves seen in U.S. markets on Thursday, Horchani said, adding that the risk-averse sentiment could prove short-lived, given the news that Cohn will stay in his post.

The greenback has pulled away from a peak of 110.95 yen touched earlier in the week, its strongest level in more than a week.

The euro had tumbled to a three-week low of $1.1662 on Thursday, after the minutes of the European Central Bank’s July 20 policy meeting showed policymakers were worried that the repricing of the currency could overshoot.

Even with its losses this week, the euro is still up more than 11 percent so far this year.