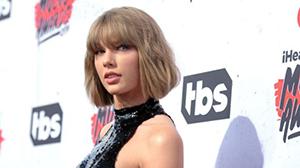 Alison and Jillian Barrett
No one is immune to sexual assault: men, women, children, people from all walks of life. The perpetrators are just as diverse. They could be your neighbour, a boss or a relative.

This week we saw both Taylor Swift and Fifi Box speak about their experiences as victims of sexual assault.
Fifi Box spoke about feeling scared, intimidated, nervous and wanting to be polite to the perpetrator, which is often the experience of victims.
Sexual offences come in many different forms, with some variances between the states and territories in the terminology used to describe the offences. The common denominator however, with all sexual offences, is that the behaviour makes the victim feel uncomfortable, frightened or threatened, and they have not consented.
Criminal offences such as rape, sexual assault, sexual activity with someone under the age of consent and sexual touching without consent all carry legal penalties, which can include imprisonment and in some cases registration as a sexual offender.
If unwanted sexual touching or behaviour is not acceptable, what exactly does “consent” look like under the law and what does a victim need to do to make it clear they do not consent?
To successfully prosecute someone for sexual assault, the prosecution needs to show that the victim did not freely or voluntarily agree to the sexual activity.
The law recognises that there are circumstances where a person cannot give consent, or withdraw any consent previously given, which include:
• Where there is a use of force or threat of violence if one does not co-operate;
• Using fear or intimidation;
• Where the victim is asleep or unconscious (for example due to the effects of drugs or alcohol).
Sometimes an alleged perpetrator will agree that sexual activity occurred, particularly if there is DNA evidence, however will assert that they believed it was consensual. In these situations, a judge or jury will need to decide what the alleged perpetrator’s state of mind was.
This was the situation recently, when an 18-year-old woman accused Luke Lazarus of raping her. He was initially found guilty, with his conviction later quashed on appeal and a retrial found him not guilty on the basis “the Crown [had] not established that there were no reasonable grounds for believing the complainant was not consenting”.
What should you do if you think you have been sexually assaulted?
• Report the behaviour to the police
• Seek medical attention if you are injured or hurt in any way, as well as counselling support
• Talk to someone you trust
• Apply for an intervention order if the assailant is stalking you, in your family or someone you regularly come into contact with to ensure they cannot approach you
• Seek legal advice about whether you may be entitled to victims’ of crime compensation or to pursue a civil action against the perpetrator
• Contact the Sexual Assault and Domestic Violence National Help Line for further support on 1800 737 732
The physical and psychological effects of sexual violence can be long-lasting on victims and their families.
Speak up and don’t be silenced. Perpetrators deserve to be punished. The attitudes and behaviours that lead to sexual violence need to change.
Alison and Jillian Barrett are both principals at Maurice Blackburn Lawyers. The Queensland sisters are experienced lawyers and passionate social justice campaigners. Alison juggles motherhood, as well as heading up a major legal practice area. Younger sister Jillian also leads a team of lawyers and sports a double degree in Law and Journalism.