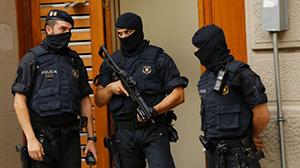 Souad Mekhennet, William Booth
Ripoll, Spain: In the Spanish mountain town where the Barcelona terror attacks were born, people want to know how it all had started.

The Spanish interior minister boasted on Saturday that the terrorist cell that had carried out attacks in the capital and a nearby seaside village has been “completely dismantled”.

But at the centre of the mystery there are questions: how did a dozen young men from a small town – some friends since childhood – come together to plot in secret and carry out the deadliest terrorist attack in Spain in more than a decade, considering some were barely old enough to drive and most still lived with their parents.

As many as eight of 12 young men named as suspects in the terrorist attacks in Barcelona and Cambrils are first and second-generation Moroccan immigrants from the picturesque town of Ripoll, perched high in the forests at the edge of the Pyrenees, a two-hour drive on the highway from Barcelona.

Parents of the young men here said they fear their sons were radicalised by a visiting cleric who spent the last months praying, preaching – and possibly brainwashing gullible youngsters who spoke better Spanish than Arabic.

Others were not sure what drove the young men to such extreme violence. One assailant drove a white rented van down a crowded pedestrian boulevard in Barcelona, killing 14 and seriously wounding scores. Five others attacked police and bystanders after running a checkpoint. Two other suspects, still unidentified, were blown up in an explosion at a house being used by the cell to make a bomb, which authorities say was to be deployed in “a major attack”.

Spanish authorities said on Saturday that they are searching for Younes Abouyaaqoub, a 22-year-old Moroccan-born man from Ripoll, who they now believe drove the van.

As of Saturday night, some of the families with sons in the terror cell said they had not been definitely informed by authorities if, how or where they died.

Some questioned how the young men could have organised themselves. “Who is behind all this? Who is the big fish?,” said Rashid Oukabir, a cousin of 17-year-old Moussa Oukabir, a member of the cell who was killed by police after their car rammed officers.

“It’s impossible these kids did all of this on their own,” he said. “Who helped them?”

Local Moroccan immigrants drinking tea and watching cable news at the Cafe Esperanza wondered aloud how the youths could have turned so quickly toward violence.

“They were nerds,” said one man who knew them.

They weren’t all nerds, said another.

One was a skilled soccer player.

Ibrahim Aallaa is the father of two young men implicated in the attacks: Said Aallaa, 18, and his brother, Youssef Aallaa, 22. He said he assumed both were dead.

A third son, Mohammad, 27, was the registered owner of the Audi A3 used in the Cambrils attack. He is in police custody, his father said.

Aallaa told The Washington Post that he believed Youssef may have been radicalised by an imam in Ripoll, where a generation ago the first Moroccans came to work in the forests cutting trees or in the fields harvesting crops. Aallaa said he did not know the cleric’s name.

In Ripoll on Saturday, national Catalan police searched the abandoned apartment of a part-time Muslim preacher named Abdelbaki Essati, who had served in a local mosque.

According to the Spanish newspaper El Pais, police were looking for DNA samples from the apartment because they suspected that Essati might have been one of the two men killed in Wednesday’s explosion.

Albert Oliva, a regional police official, declined to provide details on the cleric during a news conference on Saturday.

The elder Aallaa said that his son Youssef had changed in recent months, that he had become more strict in his religious practice and more judgmental.

“My son would tell me, ‘Father, you have to pray. You have to follow Islam’.”

Youssef, he said, was a “problematic” child. The boy was aggressive. He fought in school, Aallaa recalled. He opened the door to his tiny room, where he slept on a mattress next to his brother Said. There were religious texts and some free weights for bodybuilding – and that was it.

Recently, Youssef would disappear for days at a time, his father said, adding that he last saw his son a month ago. He thought he was working in a nearby town. He suspects that Youssef got his brother Said involved in the attack.

“I never heard them speak of the Islamic State or Syria,” he said. “Not anything like that, ever.”

Hafida Oukabir said she saw her younger brother Moussa hours before the Barcelona attack. She did not notice anything new or different. If he had undergone some dramatic change, it was hidden from her, she said.

Moussa Oukabir went to Friday services at the mosque but did not pray every day. In the days before the attacks, “he was laughing, going out. If I would have seen any changes or had the suspicion of anything, we would have gone to the authorities. But nothing pointed at this.”

Hafida said the tight-knit Moroccan community, especially the families, are now focusing on who may have radicalised the youths.

“What I think happened is that someone must have brainwashed them,” she said. “Do you really believe a 17 or 18-year-old, who was born here and grew up here, would think about killing people? No, no – somebody must have played with their minds and used them.”

The Islamic State had earlier claimed that its “soldiers” carried out the attacks in Spain, but the level of involvement by the terrorist group remained unclear.

Aallaa said that his son Youssef had books he kept hidden that he would study with friends. When police raided the home, they took away old mobile phones and a laptop.

In the immediate aftermath of the attacks, as news broke that Moroccan immigrants from Ripoll were responsible, many in town swore that relations between the Muslim newcomers and the established Catholic residents were calm and respectful.

But as the first arrests came to Ripoll, some locals jeered at the detainees, threatening them.

There also was graffiti spray-painted near one of the mosques that read “Moors out!’ – a reference to Moroccan immigrants.

Over the past two days, stickers also appeared on street signs reading “enough Islamisation” with a picture of a mosque and a line drawn across it.

Irene Payet, 64, lives in the same building as the Aallaa family. She is also a local politician. Payet said she believes the Moroccan immigrants are coddled by the government, given rights and benefits they have not earned.

“These people, they are radicals, so I am not surprised they do this,” she said. “These people should be pushed aside. They are not ready to live in our society.”

Payet gestured toward the floors above her apartment.

“I’m sleeping with the enemy,” she said.