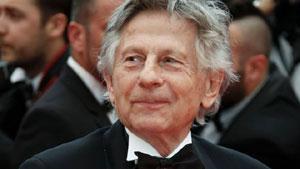 by Dominic Patten
Roman Polanski has failed in his aim to have his 1977 criminal case for the rape of a 13-year-old tossed out. An order issued Friday by Judge Scott M. Gordon has also denied the Oscar-winning director his attempt to unseal the 2010 testimony of former Deputy District Attorney Roger Gunson.

“I’m not surprised but I am disappointed,” Polanski’s lawyer Harland Braun told Deadline today after the order was issued by the Los Angeles Superior Court judge. L.A. County District Attorney Jackie Lacey’s office had no comment on the ruling when contacted by Deadline.

Noting that the court “may not dismiss the case merely because it would be in the victim’s best interest,” Gordon had a lot to say in his Friday order about the now-40-year-old case involving Samantha Geimer, and none of it was good for Polanski, who has compared the U.S. justice system to the Nazis in the recent past.

“The Defendant in this matter stands as a fugitive and refuses to comply with court orders,” Gordon wrote in his 10-page order (read it here). “As eloquently described by Ms. Geimer, his conduct continues to harm her and compounds the trauma of the sexual assault committed against her that gave rise to this case,” the judge noted in reference to Polanski’s victim and her passionate request in court in June to “bring this matter to a close.”

“The defendant continues to stand in a position that is at the core of the fugitive disentitlement doctrine,” Gordon adds of Polanski, who fled to Europe in 1978 when he learned he may have to spend more time behind bars for the sexual assault of Geimer in 1977. “The only thing that has changed in the posture of this case is that the defendant, through counsel, continues to extend his ad hominem attacks to each judicial officer assigned to the matter and those attacks by counsel become more inappropriate with each subsequent pleading filed by the Defendant,” he asserts. “Such conduct is not the basis for the relief requested by the Defendant.”

In this latest attempt by the Chinatown helmer to avoid potential additional jail time in the decades-old matter, the testimony of Gunson remaining sealed may actually end up being a final blow in the 84-year-old filmmaker’s wish to return to America and resolve the case.

The fact is that Braun, various other Polanski legal representatives and more that a few interested parties over the years have insisted that the testimony from Gunson, an ex-Deputy District Attorney, unveils a scrapped agreement that puts the case in a different light. The supposed deal would have seen Polanski behind bars in total for less than 90 days for the March 10, 1977 rape of Geimer. It was partially because of that agreement that the director pleaded guilty on five charges stemming from having sex with Geimer in 1977.

After spending 42 days in a men’s facility in 1978, Polanksi headed to LAX and France when he heard whispers the presiding judge was talking about putting him in jail for up to 50 years. Despite repeated efforts to make a deal or extradite him ever since, Polanski has remained beyond the reach of American justice, even when the dual citizen of France and Poland and his victim have both said they wanted to see him return, just without more jail time.

That doesn’t seem to be in the cards now.