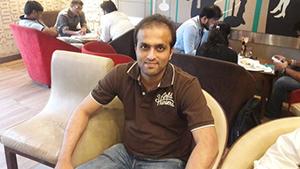 Amrit Dhillon
For Anshuman Raj, a long-awaited ruling by the Indian Supreme Court has come as sweet vindication that men like him, who have been wrongly accused by their wives, are innocent victims of their abusing India’s anti-dowry laws.

His marriage in 2014 to Ritika Taneja lasted only a few months.

“After endless arguments over trivia, over her getting angry because my mother and sister walked ahead of her, she left me and went back to her parents. Later, I find that she has gone to the police to accuse me of demanding more dowry. I never did that and I never would,” Raj said.

Sitting in a popular coffee bar in Connaught Place in the centre of the Indian capital, Raj, 30, is tall and balding. He runs his own small printing and packaging company which he has left early today to come and tell his story. The accusation, he said, horrified him.

“There I was, calling her, begging her to come back, trying to bring about a reconciliation and there she at the police station cooking up lies about me,” he said.

His wife has demanded a staggering 70 million rupees ($1.3 million) from him to withdraw the police complaint. “It proves that she did it purely to extort money,” he said.

India’s laws on dowry and domestic violence are meant to protect women against mistreatment and violent husbands. Increasingly though, some unscrupulous wives are abusing them to intimidate or blackmail husbands.

That is why Raj and others like him are delighted with the Supreme Court’s decision. Noting that a large number of false cases were being filed, the Court said the charges should in future be verified first instead of men being automatically arrested and put behind bars the moment his wife levelled an allegation.

The Court came to the conclusion that many cases were false because of the low conviction rates recorded in such cases. From now, a welfare committee comprising local dignitaries, retired persons and volunteers will vet the charges. Only if the committee believes there is prima facie substance to the claim and puts this down in writing, will a policeman be allowed to arrest the alleged offender.

“This is some relief to men. I welcome it. Husbands have killed themselves over this torture. Innocent men have had their reputations and careers ruined. Is torturing men with false allegations women’s empowerment?,”asked Rajesh Vakharia, president of the Save Indian Family Foundation, a men’s rights group set up in 2005 to offer legal help to wrongly accused husbands.

India’s anti-dowry law was enacted in 1983 to stop women from being mistreated for more dowry by their husbands and in-laws. Even now, figures by the National Crime Records Bureau for 2015 show that 21 women were killed every day in India over dowry-related incidents.

The law was made especially draconian to deter men. However, over the years, some evidence began to accumulate of women, as their marriages failed, falsely accusing husbands out of hatred, revenge, to camouflage adultery, or to achieve larger financial settlements. The fear of being arrested and jailed is often enough to make the men submit to such blackmail.

Rattan Kumar, 39, a software engineer and a short, intense man who is eager to talk about his unstable wife – “she couldn’t even feed our children” – and how she was used by her father to make his life miserable.

“My father-in-law was an egomaniac who wanted to dominate me, to treat me like a slave. When I objected, they filed these charges against me. I can’t explain the pain I felt,” he said. Kumar is now raising his children alone while waiting for the trial to begin.

Alarmed by false cases, the Supreme Court in 2005 called a woman’s abuse of the law “legal terrorism” and complained that, intended as a “shield”, the law was instead being used as a “weapon”. Later citing the low conviction rate, the Court ordered the police not to automatically arrest a husband and his relatives simply because the wife had made an accusation.

The July 27 ruling was the Court’s latest intervention to prevent the violation of some men’s human rights. The court has said every state must set up a family welfare committee in each district to carry out a preliminary scrutiny of the validity of the woman’s allegation.

The Court relied on the low conviction rate recorded by the National Crime Records Bureau. For illustrative purposes, the number of trials concluded under the anti-dowry law in 2015 numbered a total of 46,217. Of this total, 39,658 men were acquitted. The number of cases withdrawn for lack of evidence was 10,318. This meant a conviction rate of just 14.2 per cent.

Indira Jaising, a top lawyer well known for her work in protecting women’s rights, is dismayed at how the Court used this low rate to justify its dilution of the law.

“There can be a number of reasons for acquittal. It can be that the couple settled through mediation, or it was a poor police investigation by the investigating officer, or maybe the complainant was intimidated,” she said.

Jaisingh further argues that even if the conviction rate is low, “low conviction rates exist across the board, in relation to all crimes. To isolate crimes against women is to miss the point that the criminal judicial system is in need of serious repair,” she said.

Far from agreeing with her, Kumar and Raj want the Supreme Court to go one step further. If one of the new welfare committees set up to assess allegations concludes that the woman has no case, then she should be punished for making the false allegation, they said.

“That’s the only way to deter other women from doing the same thing. By what right can they get away with blackening our names and reputations with these wild allegations and then just [go] home scot-free?,’ asked Kumar.

The two men finish their cappuccinos and get up to leave. It’s getting dark and they have long journeys home to their suburbs. Before walking out of the cafe into the din and chaos of Delhi rush-hour traffic, Raj turns back:

“I never thought I’d be going home to an empty house so soon after getting married.”