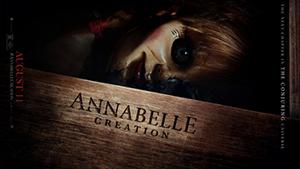 by Anita Busch
While Universal Pictures crossed $3B at the international box office Friday, marking the second time in the studio’s 105-year history that it has reached this milestone, Warner Bros.’ Wonder Woman crossed $800M globally. The Despicable Me franchise just leapfrogged past Ice Age to grab an ani crown.

In no small feat, Wolf Warrior 2 has surpassed Avatar to become the second-highest grossing film ever in a single market. In addition, the horror film Annabelle: Creation is still playing incredibly strong across its markets.

Universal has been enjoying the run of Despicable Me 3 which is not in the billion dollar club, but has an impressive worldwide total right now of $948.4M. Overall, combined with the studio’s domestic total of $1.4 billion, Universal’s 2017 global box office is $4.4 billion to date. And climbing. The studio reached the $4B milestone in July of this year, driven largely not only by DM3, but also by The Fate of the Furious which ended its run with a whopping $1.238B.

This weekend saw Annabelle: Creation two films sticking their toes into international waters. Hitman’s Bodyguard, which grossed $21.6M domestically, opened in the U.K. and Russian and online in Japan. While Steven Soderbergh’s indie comedy Logan Lucky ($8M domestic), opened its international run in Australia.
HOLDOVERS
WOLF WARRIOR 2
The action film has just dominated the Chinese landscape over the past few weekends, and estimates show it collected another $12.8M in its fourth weekend at play to bring is running cume up to $768.23M which means that is has bested Avatar‘s eight-year record to become now the No 2. highest grossing film ever in a single market.

The film now only stands behind Star Wars: The Force Awakens which grossed a big $936.7M in China. The Wu Jing-directed film is being tracked daily by Ent. Group. The film is expected to continue to play throughout next month as well. And reportedly — and not surprisingly — Hollywood has come calling for the director’s next.
New Line

With strong openings in Latin America, UAE and in India, the horror film grossed another solid $42M in its 56 international markets. The film is playing on 13,209 screens and now has a running cume of $96.7M.

This weekend in Latin America, it held 46% of the international box office with an estimated $19.3M for the region; it can lay claim to the 2nd highest industry opening for a horror film behind The Conjuring 2. It opened in some key markets for this genre:

Mexico, where audiences love their horror films, opened to a big $8M on 3,086 screens. Annabelle: Creation dominated the box office with 68% share of the Top Five films. Results are more than double the opening weekend of The Conjuring and 14% ahead of Annabelle. The studio noted, that result is only slightly behind The Conjuring 2.

Brazil also had a great debut with $4.36M from 1,263 screens where it easily sat at No. 1 with a 61% share of the Top Five films. Opening weekend results are tracking ahead of both Annabelle and The Conjuring, but shy of the results in the market for The Conjuring 2.

In India, the horror film debuted to $4.4M (included previews) from 1,159 screens to rank No. 1; in second was the sophomore weekend of a local favorite, Toilet Ek Prem Katha. The opening of Annabelle: Creation was so strong here that is has already surpassed the lifetime cumes of both Annabelle and The Conjuring. In this market, Warner Bros.’ can boast the highest opening ever for a horror film and the sedond highest studio opening weekend ever.

UAE enjoyed a No. 1 debut with an estimated $1.1M from 65 screens, launching ahead of all the films in The Conjuring “universe” and boasting the highest opening weekend ever for a horror film in the country.

The other highlights? Annabelle: Creation has already surpassed the lifetime cume of its 2014 predecessor Annabelle in 24 markets including Holland, Portugal, Russia, Korea, Hong Kong and Indonesia. It also has surpassed the lifetime cume of The Conjuring 2 in 22 markets which includes Sweden, Hong Kong, Indonesia and Korea. And in Asia, the horror film once again dominated with an estimated $11.5M for the region, ranking No. 1 in the majority of markets. Additionally, Ukraine, Thailand and Vietnam have come in over the lifetime cumes of all the films in The Conjuring “universe.”