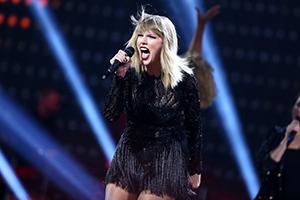 By LAURA BATES
LONDON — Last week, Taylor Swift won her symbolic $1 case against a former radio D.J., David Mueller, who assaulted her by groping her bottom under her skirt at a preconcert photo session in 2013. When Ms. Swift’s mother, Andrea Swift, took the stand during the trial, she testified that her daughter had agonized over the fact that she had said an almost automatic “thank you” to Mr. Mueller and his girlfriend after the photo shoot.

“She couldn’t believe that after he grabbed her, that she thanked them for being there,” Andrea Swift said. “It was just destroying her that she said that.” Breaking down in tears, she went on to say, “As a parent, I questioned why I taught her to be so polite.”

Neither she nor her daughter bears any responsibility whatsoever for the assault, as Ms. Swift powerfully pointed out in court. But Andrea Swift put her finger on an important truth. We raise girls to be pretty, pliant and polite. We raise boys to be loud, demanding and confident.

It starts from babyhood, with onesies featuring pretty princesses and future presidents. We “shush” little girls, contain and silence them, while boisterous boys are expected to make noise. We train girls to practice far more self-regulation than their male peers. Research shows that parents interrupt girls more often than boys and that boys are more likely to speak up in the classroom.

For women, being polite often goes hand in hand with self-doubt and subservience. At its root, the very notion of politeness is so gendered in our unequal society that it can simply translate into an overwhelming pressure for women to self-censor or self-flagellate. Often what we euphemistically describe as “politeness” ends up sounding like an apology for taking up space, for asking anything of others, for even existing at all.
Continue reading the main story

The reflexive politeness Taylor Swift displayed toward her attacker will be instantly recognizable to thousands of women. It is normal to freeze in shock or go on autopilot when experiencing a sexual assault. And for women, it is also common to feel you have no choice but to carry on smiling, swallow your feelings and try not to ruin the party for everybody else.
Sign Up for the Opinion Today Newsletter

This imperative not to rock the boat is partly reflected in the huge number of survivors of sexual assault who question whether an attack was their own fault, who don’t want to upset friends and family members by telling them and who don’t think it’s serious enough to bother the police.

Children learn that it is a worse crime for a girl to make a fuss than it is for a boy to touch her sexually against her will. Is it any surprise that a shockingly low number of women feel able to report a sexual assault and that a shockingly high number of men think they can abuse women with impunity?

The impact of socialized self-doubt extends far beyond sexual violence. We see it in women’s unwillingness to apply for jobs unless they fulfill every requirement. We see it in their propensity to use hesitant terms like “just,” “if possible” and “I wondered” in emails. Women’s salaries suffer from a reluctance to negotiate in the way that men do.

The pressure for polite girls to grow into subservient women is reinforced by the way society treats those who dare to step outside these expectations. Women in finance are punished more severely than men for violating the rules. Women who dare to negotiate for higher salaries are penalized for doing so. Again and again, women who dare to speak out about sexual assault are belittled, dismissed, ignored or abused. Until these systemic inequalities are addressed, simply telling girls to be “more assertive” will never solve the problem. The way in which we respond to assertive women must change radically, too.

The flip side to all this is the overconfidence of mediocre men, who don’t have to worry about being rude because their rudeness is interpreted as leadership or pizazz. Men who are more likely to apply for jobs they’re less qualified for, who initiate salary negotiations four times more often than women and demand 30 percent higher salaries. Then there’s the confidence verging on criminality that is actively preached by a subculture of so-called pickup artists who instruct men to push past polite female refusal until they get what they want regardless of women’s wishes.

It is no coincidence that such men celebrated the triumph of Donald Trump, a man who has boasted about being able to grab women “by the pussy.” The president is the very epitome of overconfident male mediocrity and, unsurprisingly, a big proponent of pliant, pretty femininity.

Pressuring girls into putting courtesy first suppresses their ability to resist or protest both discrimination and abuse. We should ensure that every girl knows that politeness is less important than her career, her rights and her ability to decide who touches her body. Taylor Swift’s court win may have yielded only a single dollar, but to prove this point was invaluable.

Laura Bates, the founder of the Everyday Sexism Project, is the author, most recently, of “Girl Up.”