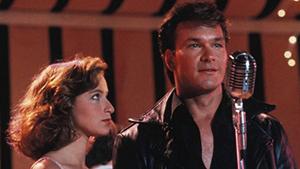 Natalie Reilly
Almost 30 years ago, on August 21, 1987, Dirty Dancing was released in US cinemas. It was a small budget movie and not expected to do well. Written by Eleanor Bergstein, it was based on her adolescent experience as a “dirty dancer” at a family resort.

Australians would have to wait until January 1988 to see it, by which time the hype had reached fever pitch. It quickly became the first movie to sell more than 1 million copies on video. In 2007 the movie was officially pronounced “Star Wars for women”, which is admittedly, a little sexist when you consider how many women love Star Wars. That said, it’s an effective measure of the film’s popularity, which, at that time, out-ranked Pretty Woman, The Sound of Music and Grease.

Dirty Dancing was as original as Romeo and Juliet; which is to say, it wasn’t all that fresh. It’s flawed, it’s cheesy – and yet. It has endured. Cynical women, such as myself, are not blind to its corniness; but, we have only to hear the opening chords to I’ve Had the Time of My Life and we’re transported. Here’s why.

Dirty Dancing is the last time I can recall an ordinary-looking girl playing not just a leading role, but a love interest. These days if Hollywood wants someone to portray an ordinary person they get Jennifer Lawrence to dye her hair. But in 1987, beauty standards had not reached the impossible, collagen-enhanced nadir we see today.

Jennifer Grey was chosen, in part, for her dance experience. But her curly hair, her strong nose, (which she later famously had rhinoplasty for) were actually considered attractive for a normal girl – and not in a Lena Dunham or Mindy Kaling “I’m the creator of this art so I’m making a feminist statement” sense.

This ordinariness is key. It gives the entire film a ring of deep, authentic relatability. When we see Baby arrive at the resort in upstate New York, we’re not thinking of her wealth, we’re too busy transposing ourselves into her experience. And that experience includes not just a romantic, sexual awakening, but a political one, too.

Dirty Dancing was set in 1963, and it seemed almost quaint in the late 1980s that a movie would portray income inequality so starkly. Baby’s villainous brother in-law is reading Atlas Shrugged – the bible of conservatives (President Donald Trump has cited his admiration for it, while Republican Speaker Paul Ryan calls it his favourite book).

We see how the female and male dancers must turn themselves in knots to make the wealthy feel desirable. And then, right in the middle of the movie, there’s a sub-plot about a woman who is too poor to afford proper medical attention for an abortion. It’s confronting, and it functions as a call to arms for Baby. But what we couldn’t have predicted in 1987 is how much that plot point would resonate today. Like in the state of Texas, for instance, which has the highest maternal mortality rate in the developed world, due, in large part, to reduced funding for medical services.

And then of course there was the late, wonderful Patrick Swayze. There’s more than one reason Ryan Gosling referenced him in Crazy Stupid Love.

Swayze, like Gosling, was an alpha male with a deeply sensitive psyche. Swayze’s Johnny is a spiritual cousin to Gosling’s Noah, the working-class love interest he played in The Notebook (which, if Dirty Dancing is women’s Star Wars, might be labelled women’s Return of the Jedi, and incidentally also has a lift scene so iconic it became the poster for the movie).

Swayze’s character functions not just as an introduction to love and how financial pressure can deaden ambition, but as the person who draws Jennifer Grey out of her bubble.

This is the theme that endures to this day; this idea that so many of us have a deep attachment to, not just the nostalgic fantasies of summer romance and risque dancing, but of being understood as more than an auxiliary on life’s great stage.

When I saw it, I was on the cusp of puberty, a time when girl’s personalities often vanish from view, replaced by a preoccupation with appearance and how best to be perceived by the opposite sex. And all the while, maintain a facade for parents of childlike innocence. Young men, generally, are exempt from this performance.

Teenage girls in 2017 are encouraged to become more than just a silent projection of the male gaze; online feminist discourse has given a voice to many. But so much of what young women experienced in the 1960s and late ’80s is now more extreme, because there is greater emphasis on how to act not just hot, but confidently hot. There’s scant room for negative self-talk, for “carrying a watermelon”.

The result is often a detachment from the self, a numbness, and with it, a feeling of invisibility, especially if you don’t happen to look like Jennifer Lawrence. But when Swayze utters those now meme-able words “nobody puts Baby in a corner” the hearts of teenage girls soared – and soar, still, to this day – not for the love of Patrick, though that can’t be discounted, but for the feeling, finally, of being seen.