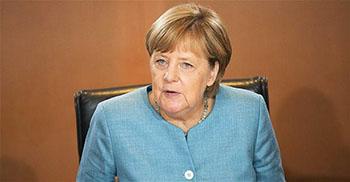 Chancellor Angela Merkel was the center of a televised question and answer session with voters tackling issues of security, the status of immigrants and the VW emissions scandal. She is standing for a fourth term.
Without notes or an auto-cue, Chancellor Angela Merkel took part in the live discussion program on RTL, Germany’s largest private free-to-air broadcaster, on Sunday evening.

Voters posed questions to the chancellor as she seeks a fourth term in September’s elections. Opinion polls currently show Merkel’s Christian Democratic Party (CDU) with its Bavarian Christian Social Union (CSU) will be the largest party but without an overall majority.
Given attacks in Germany and more recently in Barcelona, Merkel was asked what measures her government would take to improve security. Merkel said that a combination of policing and use of technology had to be used to ensure safety. She said that while there were an estimated 10,000 individuals who had been radicalized to extremist views in Germany, only 600 to 700 of them were deemed to be dangerous.
Merkel criticized Turkey’s use of an Interpol arrest warrant to detain and seek extradition of German writer Dogan Akhanli in Spain on Saturday as an abuse of the international police agency. “It is not right and I’m very glad that Spain has now released him,” Merkel said. “We must not misuse international organizations like Interpol for such purposes.”
Emphasis on security
The chancellor said she would attempt to unify police equipment and procedures across Germany’s 16 states. She noted that many do not understand police checks and video surveillance are all managed differently across the country’s states.
She said her Christian Democrats would attempt to unify police methods, saying: “I will also speak again with state premiers myself.”
Merkel also stood by her decision to open Germany’s borders to hundreds of thousands of refugees two years ago. Asked whether now she would have done it differently, she said: “I still think my decision was right.” She called for more solidarity across Europe to help countries such as Italy and Greece to deal with the large numbers of migrants arriving at their borders.
One voter also posed the question as to why asylum seekers were not allowed to work while their cases were being reviewed with some individuals saying they had waited years being funded by tax-payers when they just wanted to work.
Merkel lays into auto industry
Merkel told voters that she was disappointed in the German auto industry following Volkswagen’s “Dieselgate” scandal. She said as a former environment minister she understood the consquences.
“I am angry,” Merkel told the audience. The car industry risked serious damage in the scandal and “they have to make up for this as much as they can,” she noted. She said the new software was available.
When asked by one car owner why Germans received more modest compensation in the scandal than US car owners, Merkel said it was the result of two very different legal systems.
However, she called on the auto industry to compensate customers in Germany whose cars are less valuable as a result of the scandal, saying that otherwise “the German car industry, which is admired the world over, could suffer substantial harm.”
Merkel urged German carmakers, who have all been caught cheating on nitrogen emissions tests, to re-establish public trust in diesel fuel. “We need diesel if we are to achieve our climate protection goals,” she said. Cars powered by diesel emit less of the greenhouse gas carbon dioxide but more of nitrogen dioxide that can cause breathing problems. 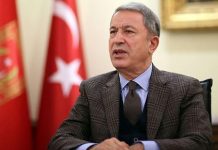