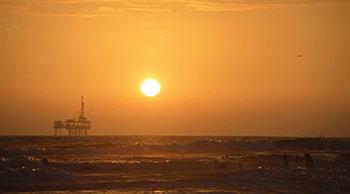 By Nick Cunningham
Canada’s oil industry has faced a lot of strain lately. The list of oil majors selling off assets and withdrawing from high-cost oil sands is long. ConocoPhillips, Royal Dutch Shell, Marathon Oil, Murphy Oil and Statoil have sold upwards of $25 billion worth of oil sands assets this year. ExxonMobil also wrote down more than 3.5 billion barrels of oil reserves in Canada at the beginning of 2017. The companies viewed Alberta’s bitumen and heavy oil as no longer competitive in a $50 market, and many of them are focusing on other types of production, such as shale.

Of course, that doesn’t mean that those projects are getting shut down. The purchasers were some of the same Canadian-based oil sands producers that have long dominated the market, such as Cenovus Energy and Suncor Energy. And by all accounts, Suncor Energy is actually doing pretty well. It will actually add new production later this year.

But while revenues and cash flow from existing projects might look pretty good, future projects are a different story.

In fact, greenfield projects are hard to come by with oil prices as low as they are. Suncor Energy has seen its share price do comparatively well lately, but that is also because the company has promised shareholders that it is done pursuing aggressive growth and will sit back with its current assets and return cash to investors.

There is little prospect of a sharp rebound in crude prices anytime soon, with the state of oversupply expected to persist into next year. The longer-term doesn’t look much better – Goldman Sachs estimates that global oil demand could reach a peak by 2024 due to efficiency gains and the penetration of electric vehicles in the transportation sector. That date could get pushed off until 2030 if emerging market growth is really strong, but either way, peak oil demand is coming within the next decade and a half.
Related: Oil Prices Climb As Oil Rig Count Drops

A return to triple-digit oil prices is unlikely, which means the expansion of Canada’s oil sands will be an uphill battle. In a worst-case scenario, oil prices plunge and remain low forever, which would ravage Canada’s oil industry, as Vice News explored recently.

Already there are signs of distress. Japan Petroleum Exploration Company, or Japex, said earlier this month that it would not move to restart an oil sands project that was shuttered last year from Alberta’s wildfires. Japex said that low oil prices and the technical hurdles of restarting the project simply made it no longer worth the trouble.

The industry has also long been bedeviled by a lack of pipeline capacity. That situation looked closed to being resolved, but the government of British Columbia said recently that it would do all that it can to block the Trans Mountain Expansion pipeline, a project that would triple the existing line’s capacity to 890,000 bpd. Trans Mountain runs from Alberta to the Pacific Coast in British Columbia, and Kinder Morgan, the project’s owner, is planning on building a twin line along the same route. Canada’s federal government has already issued an approval, but the new government in British Columbia said that Kinder Morgan would be barred from conducting work on public land until it “meaningfully” consults with First Nations communities affected.
Don’t Buy Gold Buy This Instead…

Backed by mining billionaire Frank Giustra, this gold exploration company, with the help of a robot army may Just Made The Biggest Gold Discovery Of The Century. Get the story before it’s front page news.

The pipeline is critical because after years of no progress, it is the one major pipeline that could actually come to fruition in the near future. Alberta’s oil sands industry has been clamoring for years to see more pipelines built, which would help them ship out more volume and, as a result, allow them to ramp up production. The Keystone XL project was delayed for nearly a decade and still faces an uncertain future; a separate route to the Pacific is seen as too controversial; and a pipeline from Alberta to the East Coast is also probably too expensive.

The Trans Mountain Expansion is the industry’s best hope at this point, and now it too faces an ambiguous future. The Canadian Association of Petroleum Producers said in June that Canada plans on adding another 1.3 million barrels per day of new oil supply by 2030, which would necessarily require some large new pipelines.

Blocking the Trans Mountain Expansion would severely limit the industry’s growth, particularly if the Keystone XL pipeline goes nowhere. But, even if one of the proposed pipelines does move forward, the industry must contend with low prices the prospect of peak demand in the not-too-distant future, something entirely out its control.

Ironically, Canada’s oil industry is doing better right now than it has in some time. The discount for Western Canada Select, the benchmark for Canadian crude, has narrowed to its smallest point in years. The decline of heavy oil from Venezuela is giving Canadian oil a boost, and potential forthcoming U.S. sanctions on Venezuela would lift WCS prices further.

However, that won’t be enough to rescue the industry over the long haul.