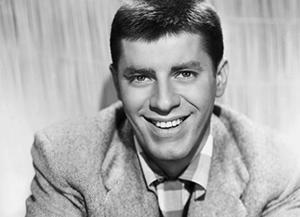 “Famed comedian, actor and legendary entertainer Jerry Lewis passed away peacefully today of natural causes at 91 at his home in Las Vegas with his family by his side,” the Lewis family said in a statement to Reuters.
Lewis faced many health problems throughout the years, including prostate cancer and two heart attacks. He also suffered from Type 1 diabetes and battled pulmonary fibrosis, a chronic lung disease.
The beloved comic enjoyed a decades-long career, selling out his one-man shows at the 2,400-seat La Mirada Theatre for the Performing Arts in California in 2014. He achieved national fame starting in 1946 alongside Dean Martin, performing with him on television and radio shows and in movies before they parted ways in 1956 as a duo. Lewis went on to star in, produce and direct an array of films, including “The Delicate Delinquent” (1957), “The Bellboy” (1960) and “The Nutty Professor” (1963). He also made multiple television appearances and hosted the annual Labor Day Telethon for the Muscular Dystrophy Association for over 40 years until he was reportedly unceremoniously dumped by the organization in 2010 and resigned from his post as national chairman. MDA announced in May 2015 that the telethon would be ending, saying “the new realities of television viewing and philanthropic giving have made this the right time.”
Despite ups and downs, Lewis continued to work, performing onstage and even directing a musical theatre version of “The Nutty Professor” at the Tennessee Performing Arts Center in Nashville in 2012. He most recently starred in the film “Max Rose,” about a jazz musician dealing with the death of his wife of 65 years, whom he discovers was unfaithful.
“I’ve worked under the most painful conditions any man has ever felt in his life,” he told The Hollywood Reporter in 2014. “But when I walk out on that stage, the pain goes away.”
Those touched by Lewis’ work quickly took to social media to express their regard and respect for the Hollywood legend. Actors William Shatner and Patton Oswalt expressed their condolences to Lewis’ family. Josh Gad called Lewis, “one of the greatest of all time.”
Lewis, who was formerly married to Patti Palmer, is survived by his wife, SanDee Pitnick, and his children, sons Gary, Ronnie, Scott, Christopher and Anthony and daughter Danielle. His youngest son Joseph died of a drug overdose on Oct. 24, 2009, at the age of 45.