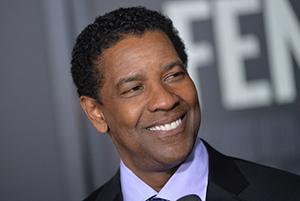 Washington will take the stage at Bernard B. Jacobs Theatre for the production. The play originally premiered in 1946 at the Martin Beck Theatre. The story follows a group of alcoholics and misfits who endlessly talk about their dreams but never act on them and Hickey, a traveling salesman, is determined to strip them of said dreams.

Jason Robards did a landmark revival of the play in 1956 which cemented the work as a classic. In 1973, a Broadway revival starred James Earl Jones as Hickey, while the 1985 revival was based on the 1956 production and saw Robards reprising his role as Hickey alongside actors Barnard Hughes and Donald Moffat. The most recent revival on Broadway was in 1999 from the 1998 London production which starred Kevin Spacey as Hickey.

Washington made his Broadway debut in 1988 with Checkmates and returned to Broadway several times including the revival of August Wilson’s Fences in 2010. Directed by Kenny Leon, he starred alongside Viola Davis. In 2016, the duo took their performance to the film adaptation, which Washington directed. The film was nominated for Best Picture and earned Washington a nod for Best Actor while Davis took home the trophy for Best Supporting Actress.