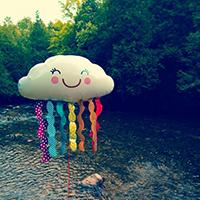 Written By Sophie Hines
So don’t worry if you’re not happy, happy, happy
For a while, happiness has been seen as the route to good health – stay happy, we’ve been told, and you will live longer and feel better.

However, now a new study has suggested that it is in fact feeling a diverse range of positive emotions (dubbed ‘emodiversity’) which is best for our health.

The study, published in the journal Emotion, saw 175 people aged between 40 and 65 keep a log of their emotional states for 30 days, including a range of positive feelings such as enthusiasm, determination, pride, inspiration and strength. They also recorded any negative feelings: sadness, shame, anger and so on.

To test the participants’ health, blood was taken before the study and again six months later, and analysed for markers of inflammation.

At the end of the experiment, lead author Professor Anthony Ong found that the healthiest participants were those who had experienced a diverse range of positive states, not just constant happiness.

Negative emotions, on the other hand, had no effect on inflammation, suggesting that negative feelings might not be as detrimental as was once thought.

In fact, other scientific studies have suggested that feeling a ‘emodiversity’ through a wide spectrum of feelings, including negative ones, is actually good for us (this does not apply, of course, to mental health issues such as depression).

Basically, it looks like experiencing a wide range of emotions might actually be a positive thing, since it is correlated with good health (although direct cause and effect remains to be determined). So you don’t need to beat yourself up about not feeling happy 24/7 – you’re just being emodiverse!