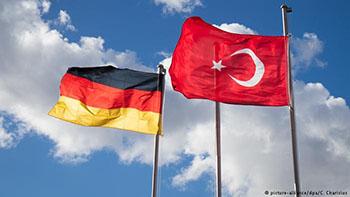 The Turkish president’s attempt to move against supposedly “anti-Turkish” Germans elsewhere in the EU have been scuppered, for now. Some plain speaking by Berlin helped put a stop to it, says DW’s Jens Thurau.
When one politician calls another paranoid, it’s usually sheer insolence. When the leader of the German SPD, Martin Schulz, describes Turkey’s President Recep Tayyip Erdogan this way, it’s pretty close to the truth.

Political impasse
Germany and Turkey are at a political impasse. And after a long period trying every diplomatic avenue, accepting every provocation and remaining polite to the point of self-abnegation, some months ago the German government changed tack. It is now calling a spade a spade. For example, when German citizens are detained in Turkey on bizarre charges, Schulz openly refers to them as hostages. The government is also warning people not to travel to Turkey.
For a while it looked as if this change of course was indeed having an effect on Ankara. Its tone became more moderate; after all, Turkey doesn’t want to lose either German tourists or German companies’ investment.
Traitors, traitors everywhere
Now, though, the pendulum has swung back again. First of all, President Erdogan called on Germans of Turkish origin who are eligible to vote in Germany not to vote CDU, SPD or Green in the federal election in September. All “enemies of Turkey,” he says. Of course: The CDU equals Erdogan’s arch-enemy Angela Merkel, and to the autocrat on the Bosphorus the SPD is represented primarily by Foreign Minister Sigmar Gabriel, who has always spoken more plainly than his predecessor, Germany’s current president, Frank-Walter Steinmeier.
And special venom is reserved in Turkey for the Green party’s co-chair: the German politician Cem Özdemir. Erdogan and many other Turkish nationalists consider him a traitor to his own people, even though he’s never lived in Turkey.
A new dimension
In the meantime, a new dimension has been added with the arrest of the German author Dogan Akhanli while he was holidaying in Spain. This was at Erdogan’s request, of course – and on suspicion of supporting terrorism, what else? Akhanli has since been released, although for the time being he’s not allowed to leave Spain.
There is considerable unease over how it was even possible for an arrest warrant could be issued for someone like Akhanli. Of course, EU countries cooperate with Turkey as well on security matters, but this cooperation, though essentially a good thing, must urgently be reviewed in the light of the Turkish government’s conduct.
Straight talking is the right approach
For now, it should be noted that the Germans’ straight talking is the right approach to take when the Turkish president speaks out of turn, or arbitrary arrests are made. Foreign Minister Gabriel personally intervened in the Akhanli case; he demanded that the writer be released and, at the very least, provided with consular assistance. This clearly had an effect, which is good.
But for Germans imprisoned in Turkey – the journalist Deniz Yücel, for example, or the human rights activist Peter Steudtner – this straight talking still hasn’t brought good news, even though the conditions in which Steudtner is being held have improved a little. The sad truth is that, in these cases, the Germans’ hands are ultimately tied – but not, it seems, when Erdogan extends to other EU countries his paranoid hunting of all Germans he sees as enemies of his government. It’s only small comfort, but at least it’s something.