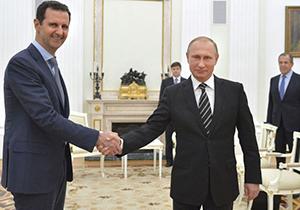 By Herb Keinon
Many mainstream rebel groups have been skeptical about Moscow’s ultimate aims in Syria.

Prime Minister Benjamin Netanyahu is scheduled to go to Sochi on Wednesday for a meeting with Russian President Vladimir Putin, his fourth visit to Russia in the last 16 months.

For reporters who cover Netanyahu, the drill is well known.
Following the premier’s meeting with Putin, either he or one of his spokesmen will say that during the meeting he stressed Israel’s red lines in Syria: that Jerusalem will not tolerate an Iranian or Hezbollah presence on the Golan border; that Israel will not accept a permanent Iranian presence in Syria; and that Israel will act to ensure that game-changing weapons or capabilities are not transferred from Iran through Syria to Hezbollah in Lebanon.

Netanyahu will be careful to praise the Russian-Israeli bilateral relations, and say that the deconfliction mechanism to Rebel leaders are also calling for the release of thousands of detainees held in government security prisons.

Many mainstream rebel groups have been skeptical about Moscow’s ultimate aims in Syria and cast doubt on its readiness to put genuine pressure on Assad to abide by local truces.

They also worry that these cease-fire deals are a means for Assad’s army and its allies to redeploy in other areas to recover territory by using firepower freed by the truces.

Assad, whose government brands many of the Western-backed Free Syrian Army rebel groups that Moscow has reached truces with as “terrorists,” has said his army retained the right to continue to attack insurgents.

However, Assad has condemned US-inspired “safe zones” which US President Donald Trump earlier this year said he hoped to achieve with Russia, saying such a plan would only “give cover to terrorists.”