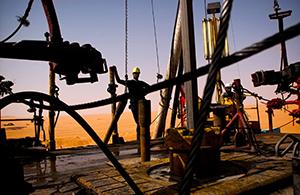 Royal Dutch Shell Plc, the world’s largest oil trader, is said to have loaded its first crude from Libya in five years over the weekend, adding to evidence of the OPEC nation’s comeback.

The cargo on Saturday is for 600,000 barrels of crude from the Zueitina port, according to two people familiar with the matter who asked not to be identified because the information is private. A Shell spokesperson declined to comment on the shipment, but said the company’s Shell International Trading & Shipping “has a history marketing Libyan crudes. We welcome new business opportunities with Libya’s National Oil Corp.”

Libya this year attracted Germany-based Wintershall AG and Russia’s Rosneft PJSC as investors amid signs of stability in the oil industry after years of civil war and political division. The nation is exempt from the supply cuts agreed to by the Organization of Petroleum Exporting Countries and allied producers. Crude output was 1.02 million barrels a day in July, a four-year high, according to data compiled by Bloomberg.

Libya isn’t planning to join any agreement to curb output until it reaches its target of 1.25 million barrels a day by December and can maintain that level, two people familiar said in July.

In 2005, Shell signed an exploration deal in Libya and five years later said gas found wasn’t in commercial quantities. Output and exports collapsed after the 2011 revolt against former leader Moammar Al Qaddafi. The country with Africa’s largest crude reserves pumped as much as 1.78 million barrels a day in 2008 and by 2011 it was down to as low as 45,000 barrels a day, Bloomberg data show.