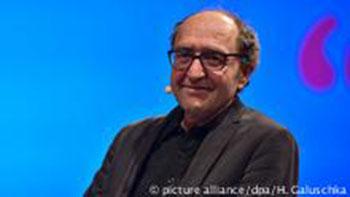 German-Turkish author Dogan Akhanli, who was detained in Spain after Turkey issued an Interpol arrest warrant, has been released. His detention added more strain to ties between Ankara and Berlin.
Merkel warns Turkey in row over German writer

German-Turkish author Dogan Akhanli has been released from a Spanish jail, his lawyer said Sunday following a court hearing.
“The fight was worth it. Dogan Akhanli is being released,” Ilias Uyar said in a Facebook post.
Akhanli will be released from detention on the condition that he remain in Madrid, Uyar added.
The 60-year-old writer was detained Saturday morning at his hotel in the southern Spanish city of Granada.
Ankara demands extradition of Turkish-German writer
Spanish authorities were acting on a Turkish Interpol arrest warrant for Akhanli with a so-called red notice.
Merkel: ‘unacceptable that Erdogan does this’
German Chancellor Angela Merkel criticized Turkey’s use of Interpol to detain Akhanli, saying it ammounted to an abuse of the international police agency.
“It is not right and I’m very glad that Spain has now released him,” Merkel said. “We must not misuse international organizations like Interpol for such purposes,” Merkel said on RTL television at a townhall election event with voters.
She noted that it was just one of many cases of Turkey pursuing and detaining German citizens.
“That’s why we have massively changed our Turkish policy recently … because it’s quite unacceptable that Erdogan does this,” Merkel said.
German Foreign Minister Sigmar Gabriel welcomed Akhanli’s release, describing it as a win against the Turkish government’s crackdown on critics.
“It would be horrible if Turkey could also have people jailed on the other end of Europe for raising their voice against President Recep Tayyip Erdogan,” Gabriel said in a statement on Sunday.
Armenian genocide
It was unclear why Turkish authorities issued the arrest warrant, but Uyar suggested in a Facebook post on Saturday that Turkey targeted the Cologne-based writer for his advocacy for recognition of the Armenian genocide.
Turkish integration in the era of Erdogan
The German parliament voted to recognize the massacre, deportation and starvation of up to 1.5 million Armenians during the dying days of the Ottoman Empire as “genocide” last summer. As the successor state to the Ottoman Empire, Turkey denies that the “events of 1915” amounted to genocide and has lashed out at countries that have officially recognized the term.
Turkey responded to the German genocide resolution by blocking parliamentarians from visiting German soldiers who were stationed at Incirlik base in southern Turkey as part of the international anti-“Islamic State” coalition. In response to repeated blocking of parliamentary visits, the German parliament in June voted to pull its troops from Incirlik and move them to a base in Jordan.
Politcally motivated
German officials including Foreign Minister Sigmar Gabriel, who is in Barcelona to pay his respects to the victims of this week’s twin terror attacks, called the arrest warrant politically motivated.
Erdogan: Support parties not hostile to Turkey
Gabriel also pressed his Spanish counterpart to free Akhanli and not to extradite him to Turkey, where the rule of law has deteriorated under Erdogan’s authoritarian government.
Akhanli has been living in Germany since fleeing Turkey in 1991 and has German citizenship. He has written extensively on Turkey’s human rights record and the Armenian genocide.
He was also detained in August 2010 on manslaughter and robbery charges when he traveled to Istanbul, but was set free in December that year.
The relationship between Ankara and Berlin has become increasingly strained following last year’s failed coup.
Under a state of emergency, authorities have fired or suspended some 150,000 people and detained over 50,000 people. Those detained include German human rights activist Peter Steudtner and German-Turkish journalist Deniz Yucel.
Turkey accuses Germany of supporting coup plotters and terrorists, charges Berlin vehemently denies.
rs, cw/rc (AP, AFP, epd, dpa, Reuters)