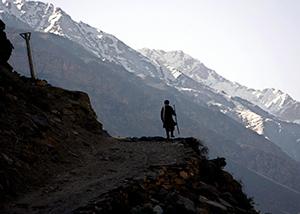 James Mackenzie
KABUL (Reuters) – U.S. President Donald Trump is eyeing Afghanistan’s mineral wealth to help pay for a 16-year war and reconstruction efforts that have already cost $117 billion. Investors who have studied the country, one of the world’s most dangerous, say that is a pipe dream.

Ever since a United States Geological Survey study a decade ago identified deposits later estimated to have a potential value of as much as $1 trillion, both Afghan and foreign officials have trumpeted the reserves as a likely key to economic independence for Afghanistan.
As well as deposits of gold, silver and platinum, Afghanistan has significant quantities of iron ore, uranium, zinc, tantalum, bauxite, coal, natural gas and significant copper – a particular draw given the dearth of rich new copper mines globally.
Afghanistan, some reports say, even has the potential to become “the Saudi Arabia of lithium”, thanks to deposits of the raw material used in phone and electric car batteries.
But a lack of basic logistics – paved roads and rail links needed to export copper concentrate or iron ore – pervasive corruption, a messy bureaucracy and a growing insurgency that has left much of the country beyond the writ of the Kabul government have stifled attempts to a build a legitimate mining sector.
Much of the basic data dates back to the Soviet occupation in the 1980s. And the cost of having foreign geologists and engineers visit remote sites to carry out new surveys is prohibitive when nothing is yet being produced to pay for it.
“There is no low-hanging fruit that could trigger rapid growth and foster self-sustaining development,” said the government’s own National Peace and Development Framework document, presented at last year’s donor conference in Brussels.
Major projects such as the Mes Aynak copper mine, being developed by a Chinese consortium, remain at a standstill.
“There is zero active mining and very little exploration, if any,” says Leigh Fogelman, director at merchant bank Hannam & Partners in London. The bank’s founder, former JP Morgan rainmaker Ian Hannam, has been a long-time investor in Afghanistan through the Afghan Gold and Minerals Company (AGMC).
AGMC won the license for another copper deposit, at Balkhab in northern Afghanistan, in 2012.
For the rest, resources have been prey to what William Byrd, a development economist with the United States Institute of Peace, has dubbed “industrial-scale looting”.
While small and medium-sized mines do exist, many are outside government control, profiting powerful local operators and depriving the treasury of what the government estimates at $300 million in unpaid taxes.
“The big mining opportunities are just languishing and there’s looting of smaller resources everywhere,” Byrd said.
GREAT GAME
As Afghan officials sought to raise interest in Afghanistan with the incoming U.S. administration earlier this year, they pushed the idea of the mineral reserves.
“President Trump is keenly interested in Afghanistan’s economic potential,” Hamdullah Mohib, Afghanistan’s ambassador to Washington, told Reuters in June. “Our estimated $1 trillion in copper, iron ore, rare earth elements, aluminum, gold, silver, zinc, mercury and lithium. That’s new.”
U.S. officials have told Reuters that Trump argued at a White House meeting with advisors in July that the United States should demand a share of Afghanistan’s mineral wealth in exchange for its assistance to the Afghan government. [nL1N1KP007]
U.S. Defense Secretary Jim Mattis said on Sunday that Trump has made a decision on the United States’ strategy for Afghanistan after a review with national security advisors, but did not give any details. [nL8N1L60GC]
It is easy to see why the mining sector has aroused so much interest in Afghanistan, a landlocked country with an economy worth about $20 billion a year – roughly half the size of Wyoming, the least populous U.S. state.
But private investors are wary, says Fogelman, and there is no quick fix.
“In the case of large, public sector investment, the situation would be different – however, there would still be the problem of building up logistics and export links,” he said. “I reckon it would still likely take years to get a meaningful large-scale operation going.”
Even if private armies could be hired to defend the mines against insurgent attack, the cost of moving minerals out would likely be prohibitive until the entire country was secure – which could take many years.
One longtime mining expert formerly based in Kabul recounted his conversation with a top mining firm.
“They said: ‘Don’t worry, we can bring our own security detail and do the mining operation’. But, they said, ‘How are we going to get this stuff out of the country?'”
According to a 2014 mining ministry study, some of Afghanistan’s most promising deposits of lithium are in the eastern province of Ghazni and in the far southern region of Gowde Zereh in Helmand province, all areas largely under the control of the Taliban.
“The idea that this will materialize in the near future and pay for the security sector budget is unrealistic,” said Byrd.
Even without the war, mining is tough.
China acquired a 30-year lease on the Mes Aynak copper mine for around $3 billion in 2008 but, although the Taliban has explicitly declared that it will not target it, the project has been plagued by delays due to contractual wrangling.
Under a donor program agreed in Tokyo in 2012, Afghanistan was supposed to be earning $1 billion a year from mining revenues by 2017 but expectations have been pulled back.
In the first 11 months of the last fiscal year, the government raised just $18 million from mining revenues and the government’s own projections now do not see them exceeding the $1 billion mark before 2029.
That compares with security spending of $4.6 billion this year, equivalent to almost a quarter of the total budget.
“It’s illusory to think that minerals will save Afghanistan in any foreseeable future,” said one senior Western diplomat in Kabul.
Reporting by James Mackenzie; Additional reporting by Kay Johnson in ISLAMABAD and Clara Ferreira Marques in SINGAPORE; Editing by Alex Richardson