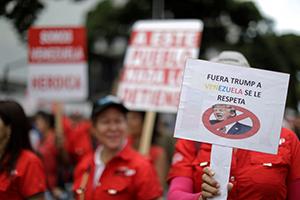 President Trump said he was considering a “military option,” but the best U.S. intervention may be none at all.
J. Weston Phippen