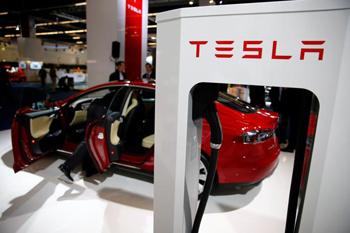 Platt’s recently reported that global offshore wind capacity could double to 34 GWs by 2020, growing at a compound rate of 19 percent per year. The rapid expansion would be driven chiefly by new capacity in the North Sea and China. In fact, offshore capacity in East Asia will outstrip that of Europe by 2022.

But what about the U.S.? Rapidly declining costs, improving reliability and the success of the first offshore installation in Rhode Island are encouraging companies to take further chances on offshore wind. New offshore projects are attracting the interest and attention of major energy companies, as wind power continues to increase its share of the total U.S. energy market.

Leases for offshore wind development are being snapped up by European energy companies, which have decades of experience installing offshore wind farms. Royal Dutch/Shell has been investing in electricity start-ups and other ventures to improve its competitiveness in non-fossil fuel fields. Norway’s Statoil won a license to develop a farm off the coast of New York, and seeks to expand to California and Hawaii, reallocating resources from its oil and gas division. The New York lease went to Statoil after a $42.47 million bid for around seventy-nine thousand acres.

Statoil is on the cutting-edge of wind technology and spearheads the Hywind project off the coast of Scotland, the world’s first floating wind farm.

Denmark’s DONG Energy has won a lease in Massachusetts, holds another lease in New Jersey and recently opted to spin off its oil and gas divisions so it could focus exclusively on renewables. The Danish company holds a dominant share (29 percent) of global installed offshore wind capacity.

DONG recently beat second quarter profit forecast, and is looking to expand into new opportunities in New York, Maryland and Virginia, according to the company’s spokesperson.

An attempt at constructing wind farm off the coast of Massachusetts near Cape Cod failed in 2001 due to local resistance, environmental concerns and other issues. But a new effort is being made by DONG Energy, working with Rhode Island-based Deepwater Wind, to install 144 MW of capacity with a 40 MW/hour Tesla battery storage system, allowing the turbines to collect additional energy at night and securing more reliability from wind turbines that historically have found it difficult to match supply with demand.

The failure of the Cape Wind project was indicative of the sluggish progress of offshore wind power in the United States, which lags far behind Europe and Asia in installed capacity. But this new project once completed will provide enough power for around 80,000 homes. The Tesla battery will provide greater reliability, as wind turbines are generally incapable of providing power with the same steadiness as fossil fuel-firing power plants.

The costs associated with offshore wind, the longer set-up time and the cost of long transmission lines running back to shore, makes it an expensive proposition. Local political resistance to offshore wind remain strong.

Cape Wind failed in large part because local residents protested the installation of what they regarded as an eye sore: similar ventures in the Carolinas have run into similar problems. That might be changing, however, as a growing commercial and political coalition urges the governor of North Carolina to approve new action on offshore wind power.

The marriage of Tesla storage technology and DONG manufacturing could provide the answer to how offshore wind becomes competitive in the U.S. Tesla is focusing its renewable-power battery technology on both solar and wind power, with a storage facility operational in Kauai, Hawaii and a second set for construction in Australia.

A report on offshore found more than 20 projects in the pipeline, representing 24,000 MWs of potential installed capacity. The potential for projects utilizing Tesla’s storage technology or floating platforms may indicate further growth in the future, once methods are refined.

If the projects from Statoil and DONG are successful, they could presage further expansion of offshore wind power in the United States, as more companies take advantage of falling costs and new tech.

By Gregory Brew for Oilprice.com