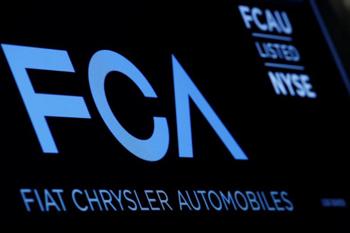 It was not immediately clear whether Great Wall Motor wanted all or part of FCA.
Automotive News first reported earlier on Monday that Great Wall Motor’s President, Wang Fengying, plans to contact FCA to discuss acquiring the Jeep brand.
“With respect to this case, we currently have an intention to acquire. We are interested in (FCA),” an official at Great Wall Motor’s press relations department told Reuters. He declined to give his name and gave no further details.
Two people familiar with the matter said Great Wall Motor had asked for a meeting with FCA to make an offer for all or part of the group.
FCA, which is incorporated in the Netherlands and based in London, said in a statement it had not been approached by Great Wall Motor, and was implementing its current business plan. Its main investor, Italy’s Agnelli family, declined to comment.
FCA Chief Executive Sergio Marchionne has said that he wants to find a partner or buyer for the world’s seventh-largest automaker as costs rise to comply with emissions regulations and develop technology for electric and self-driving cars.
So far, however, Marchionne and company chairman John Elkann have not opened the door to selling Jeep or the profitable Ram truck business in North America as standalone units.
If Marchionne is willing to sell Jeep on its own, other automakers like Volkswagen AG (VOWG_p.DE), General Motors Co or Ford Motor Co might show interest, analysts said.
Jefferies said in a research note last week that a key question of a Chinese acquisition of some or all of Fiat Chrysler is the “political feasibility of such a transaction given (automaker mergers and acquisition) is often held to a different standard in the current political environment.”
But Jefferies noted “Chrysler’s background which has included multiple changes of ownership, including two foreign acquirers” in two decades.
Jeep targets sales of 2 million vehicles in 2018 worldwide, up from 1.4 million in 2016. Marchionne has said deliveries from the SUV brand could eventually rise to as many as 7 million a year.
Great Wall Motor, China’s largest sport utility vehicle (SUV) and pickup manufacturer, would be making an audacious move in taking on FCA, which has a market value of more $20 billion after a 48 percent runup this year.
If Great Wall, with a market value of about $16 billion, bought FCA it would be China’s largest overseas automotive industry deal to date – dwarfing Geely’s 2010 billion acquisition of Volvo cars.
Fiat Chrysler’s shares rose nearly 7 percent to close at $13.44 in New York on Monday, and also rose by the same percentage in Milan, the highest share price for Fiat in 19 years.
HEIGHTENED TRADE FRICTION
A formal offer by Great Wall for Jeep would put in play a brand that was once a symbol of U.S. military power, and now epitomizes American myths of freedom and adventure, at a time of heightened trade friction between Washington and Beijing.
Jeep became a flashpoint in the 2012 U.S. presidential election when then-Republican candidate Mitt Romney ran advertisements in Ohio claiming that FCA was considering moving production of Jeep models out of the state. Fiat Chrysler said Jeep production would not be moved to China from the United States, although the company did begin building Jeeps in China for the Chinese market.
This year, U.S. government officials have intensified scrutiny of Chinese acquisitions of U.S. assets.
It is not clear if a Chinese bid for FCA or Jeep would face scrutiny from the Committee on Foreign Investment in the United States (CFIUS), which reviews acquisitions by foreign entities for potential national security risks, experts said. Chinese companies have until now acquired a number large U.S. auto suppliers with little push-back.
A test of the climate for Chinese auto deals could come with the proposed acquisition of Nissan Motor Co’s electric battery business to Chinese investment firm GSR Capital. That deal, which includes a battery plant in Tennessee, will be voluntarily submitted for CFIUS approval, according to a person familiar with the matter.
President Donald Trump has sharply criticized Chinese trade practices, but has also welcomed foreign investment. Last month, he hosted Taiwanese electronics manufacturer Foxconn, which announced plans to build a $10 billion plant in Wisconsin.
“It is treading a fine line between ‘we want the investment, we want the jobs here but we are also afraid of the intellectual property seeping out of the U.S. into China,'” said Caroline Freund, an economist at the Peterson Institute for International Economics in Washington.
In 2010, Chinese regulators rejected a $150 million bid by an obscure Chinese machinery maker to buy General Motors’ money-losing Hummer brand.
In 2013, China’s Wanxiang Group acquired most of the assets of battery firm A123, but a U.S. company agreed to buy A123’s government business, including all U.S. military contracts, for $2.25 million.
Great Wall is a major player in China’s booming SUV market, and has ambitions to expand globally. The company earlier this year launched a new premium brand of potentially U.S.-market ready vehicles, which it refers to as Wey in English. Wei is the surname of Great Wall Motor founder and chairman Wei Jianjun.