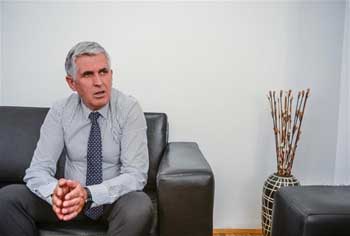 Bajram Rexhepi, Kosovo’s former prime minister and interior minister, has died in a hospital in Turkey following a stroke. He was 63.

Prime Minister Isa Mustafa said in a statement that Rexhepi, a surgeon by profession, passed away in the early hours on Aug. 21 following months of battling a grave illness. He was taken to Turkey after a stroke in April.

He had withdrawn from politics since 2010.

He was “the first prime minister after the first post-war elections,” hailed Mustafa.

Kosovo declared independence from Serbia in 2008, and is still not recognized by Belgrade.