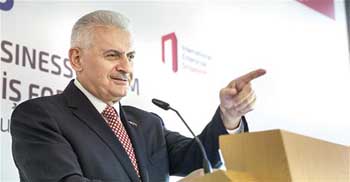 Ömer Demir, the head of the Student Selection and Placement Center (ÖSYM), announced his resignation on Aug. 21.

The exam body recently made headlines on Aug. 12 for a calculation mistake in the placement scores of candidates entering Turkey’s national university entrance exam, leading to the incorrect placement of over 1,000 university hopefuls.

Announcing the student selection and placement results, the ÖSYM stated on Aug. 12 that it had taken into account a “different placement score than the intended one.”

Some legal experts suggested that as the 1,499 candidates had not yet enrolled at a university, their rights had not been “acquired” yet, but they could open a lawsuit for damages related to mental anguish.

“The candidates and institutions have been informed regarding the incident and the new results were updated as of Aug. 12 on 11 a.m. We offer our apology to all affected candidates,” the ÖSYM stated.

One guidance specialist, Salim Ünsal, said such a mix-up had never before been seen in the ÖSYM’s 35-year history.

“The ÖSYM’s student information system should be very solid. These mistakes affect the work’s reliability. But with the new adjustment, 129 more candidates were able to enter university,” Ünsal added.

Previously on July 14, the ÖSYM had apologized for another error that was made in the calculation of the scores of the second round of the university exam, called “LYS.” The Council of Higher Education (YÖK) had at the time stated that a total of 18,331 candidates taking the exam were affected by the ÖSYM’s mistake.