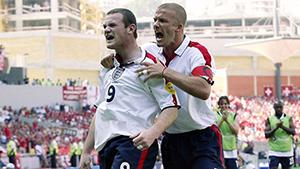 No outfield player has won more Three Lions caps than the 31-year-old, who netted a record 53 goals across 119 appearances for his country.
England manager Gareth Southgate phoned Rooney on Tuesday to say he wanted to include the forward in his upcoming squad following his fine start to life back at boyhood club Everton.